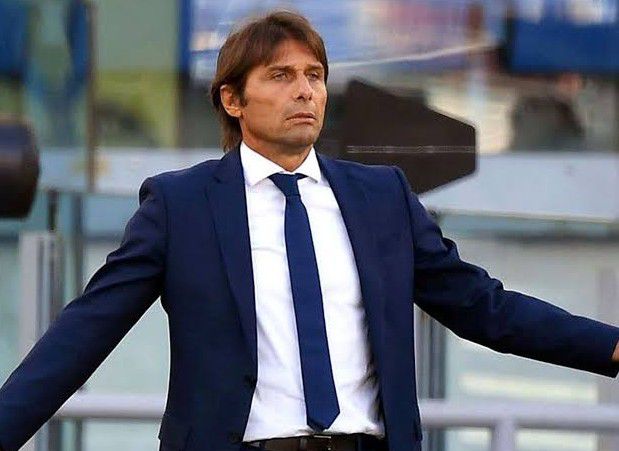 Tottenham head coach Antonio Conte has hit out at Arsenal boss Mikel Arteta for ‘complaining a lot’ after Spurs beat the 10-man Gunners on Thursday night.

A brace from Harry Kane and one from Son Heung-min saw off the sorry visitors,

Holding’s red card and the game’s officiating as a whole, but Conte laughed off the Spaniard’s antics.

I think that I listen to him complain a lot.” “I think that he has to be focused more to his team and not to complain.

He has just started his work and I think that he has to be calm and try to continue to work because he’s very good.

“But to listen to a coach complain a lot of the time is not good. But it’s ok.

The red card, the colour [of the card] to me was clear.

Don’t forget against Liverpool I said nothing about what happened with Fabinho [not getting sent off].

If we want to complain, we have the possibility every game to say about the referee, the decisions, about postponed games.

“I think this is advice. If you want to ask my advice, it’s good advice. I don’t care.”

controversial postponement of January’s initial date for the derby as reasons to why the Gunners boss should not be so vocal in this regard.

“If you remember, he complained about the fixture [schedule], no? At the time,

and they only had one player with Covid! I didn’t forget this.”

“We have a lot of possibilities to complain.

Today, I could complain about why we play on Sunday at 12 o’clock and Arsenal play on Monday night.

Then they have one day more rest and we play against Leicester, Liverpool, Arsenal and now after two days we have to play the first game at 12 o’clock.”