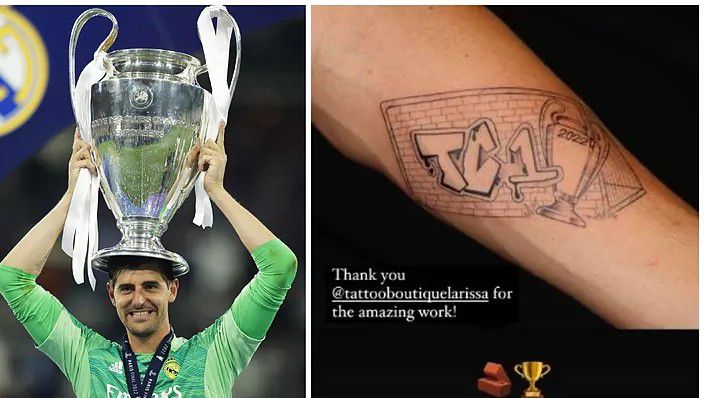 Former Chelsea goalkeeper Thibaut Courtois was the standout player as Real Madrid defeated Liverpool in the 2021/22 Champions League final in Paris and he has celebrated the achievement with a unique tattoo.

This was the Courtois first Champions League triumph and he has inked an image of the trophy and a goal frame full of bricks.

The tattoo also has his initials and his shirt number, showing he was the No.1 on Real Madrid’s journey to European glory.

The shot-stopper got his tattoo at the Tattoo Boutique Larissa in Belgium, where he has been relaxing and enjoying a well-earned summer break.

Courtois and his teammates will now look to defend their European crown, while they’ll also be able to compete in the UEFA Super Cup and Club World Cup thanks to their victory last season.