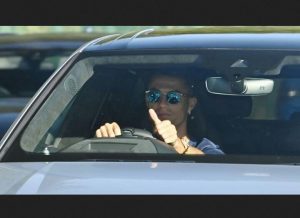 Cristiano Ronaldo was seen at Red Devils’ Carrington base on Wednesday,

The Portuguese Star man has arrived for his first full day of training with Manchester United,

as the 5time Ballon d’Or eyes a prospective second debut against Newcastle United this weekend.

This is Ronaldo’s first true day of action with the Red Devils, he has already partaken in,

some light sessions, having first met up with the squad on Tuesday.

The 36-year-old was confirmed to have arrived at Carrington after the club posted,

an image of him with former teammate-turned-coach Solskjaer.

Will he makes his debuts against Newcastle?

Against Steve Bruce’s Magpies, Ronaldo could well be in line to start from the off,

and, is very likely to at least make the bench if he does not lead the line at Old Trafford.

But until Solskjaer holds his pre-match press conference, there will be no official confirmation,

on whether Ronaldo will start against the visitors from Tyneside. 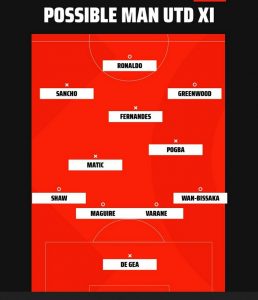 If Ronaldo is handed his first United start for over a decade,

there is a strong chance that he could lead the attack in the number nine position,

as a standout striker, a role he has since grown familiar to.