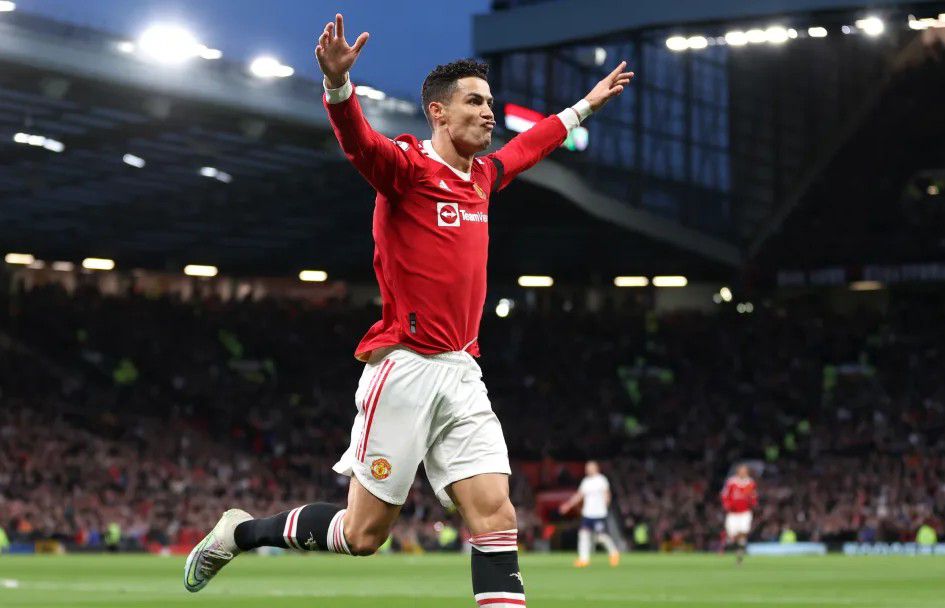 The Portuguese and Former Juventus striker Cristiano Ronaldo has broken the FIFA record for the most goals in football history after taking his tally to 807 strikes.

Ronaldo equalled the record with a thunderous strike from 30 yards which mirrored his famous effort against Porto in the Champions League back in 2008.

He then secured his second of the day with a simple tap in after Jadon Sancho teed him up, and grabbed his treble with a late header from a corner.

netting 118 times in his initial spell at Old Trafford.

He went on to become Real Madrid’s record scorer with 450 goals and struck 101 times in three years at Juventus,

while he’s found the net 17 times since returning to United.

The forward is the reigning record scorer in international football with 115 goals for Portugal at senior level.

However, this is the third time in a year that Ronaldo has been slated to have broken the record for most goals in history.

There remains confusion over how many goals former holder Bican actually scored in his career, with the Czech FA insisting that he found the net 815 times.

Meanwhile, Pele has long claimed that he scored 1,283 times in his career for Santos and Brazil.

But in terms of goals recognised by FIFA, Ronaldo is definitely the frontrunner and he still has plenty left in the tank to make the record an unassailable one.