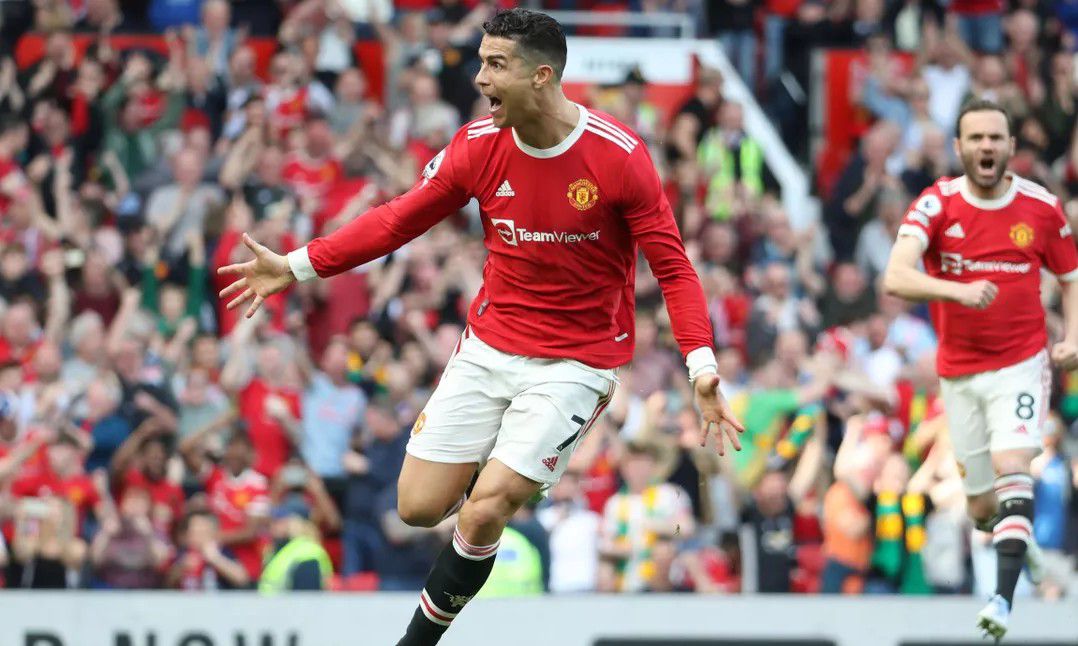 Manchester United striker Cristiano Ronaldo is set to earn £100,000 per goal from now until the end of the season after reaching 20 goals for the campaign.

Cristiano Ronaldo struck three times in Manchester United’s 3-2 win over Norwich City on Saturday, which earned the striker up to £850,000 in bonuses.

According to The Sun, United’s top goalscorer triggered a bonus-related clause in his contract after surpassing his 20-goal target.

– securing his £750,000 bonus in the process – when he put United two goals ahead, before Kieran Dowell and Teemu Pukki levelled the scores for the Canaries.

Ronaldo’s free-kick winner a little less than 15 minutes from time earned him an extra £100,000 towards his bonus,

which he will continue to earn for each goal he scores from now until the end of the campaign.

If he manages to reach 30 goals this season, it could earn him a staggering £2.75 million on top of his original salary,

while he also looks set to swoop the £1 million bonus as United’s top goalscorer, 12 goals ahead of his closest challenger Bruno Fernandes.

His hat-trick against the Canaries was his second of the season, he also put three past Tottenham Hotspur in last month’s 3-2 win at Old Trafford.

Despite facing criticism on his return to Manchester, the striker has managed 24 goal contributions in 35 games,

helping to pull United back into the race for Champions League football.

Their win against Norwich on Saturday saw them climb up to fifth in the table,