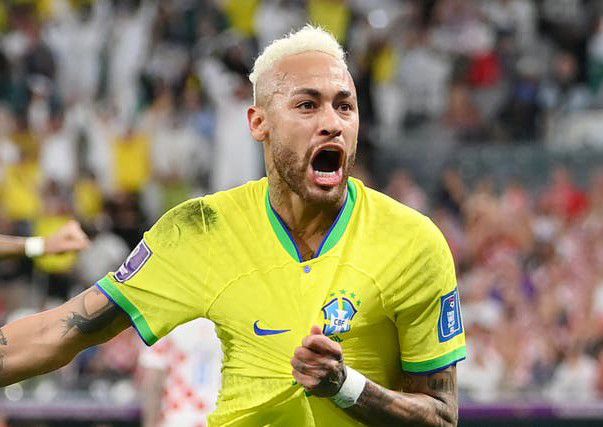 At the Education City stadium, tournament favourites Brazil were expected to sweep aside a Croatian team who had failed to score in half their games in Qatar to that point.

But in the first-half it was the underdogs who had the upper-hand, with the influential midfield of Luka Modric, Marcelo Brozovic and Mateo Kovacic controlling the play and stopping Brazil from creating anything.

That all changed after the break, with the South Americans much improved, though they were unable to break the deadlock thanks in large to Croatia keeper Dominik Livakovic.

Neymar was twice denied the chance to take the lead while Livakovic also made several great saves from Lucas Paqueta and Vinicius Jr.

chances few and far between, until Brozovic wasted a huge opportunity, blazing over from the edge of the box after some superb play from Bruno Petkovic.

And then, just as the first-half of extra-time was ending, Neymar played an incredible one-two with Paqueta before dancing round Livakovic and firing home from close range.

The 30-year-old’s goal means he has now gone level with the legendary Pele as Brazil’s all-time top scorer.

Croatia responded in the dying minutes, with Petkovic’s deflected strike, his side’s only shot on target, finishing off a slick counter-attack.

That took things to a penalty shootout where young Rodrygo had Brazil’s first penalty saves while Croatia dispatched each of their spot-kicks past Liverpool No.1 Alisson.