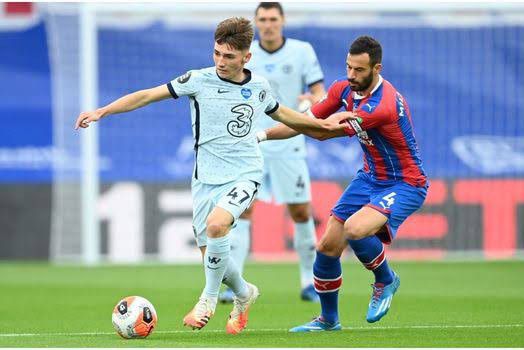 Here’s Crystal Palace vs Chelsea team news, head to head and predictions as The Blues return to domestic action following their Club World Cup triumph when they travel to Crystal Palace on Saturday.

Chelsea FC are fresh from lifting that inter-continental trophy, beating Al Hilal and Palmeiras in the process.

Domestically, the Blues have been a little rocky of late, though they still boast five wins in their last seven across all competitions.

When focusing on the Premier League, however, Thomas Tuchel’s side beat Tottenham 2-0 last time out to secure just their first victory in five attempts.

A run that has seen them slip to 16 points behind Manchester City and seven behind Liverpool.

Crystal Palace have also found consistency hard to come by in recent weeks, having failed to win a Premier League game in 2022.

In that time, two FA Cup victories have been sandwiched by two defeats and three draws

– two of which have come in their previous two outings against Norwich and Brentford respectively.

The big absentee for the hosts will be Conor Gallagher, who is ineligible to feature against his parent club.

Elsewhere, however, Patrick Vieira’s squad is looking very healthy with Nathan Ferguson representing the only concern.

Mason Mount was forced to leave the Club World Cup on crutches after sustaining an ankle injury and joins Reece James and Ben Chilwell on the sidelines.

Ruben Loftus-Cheek missed out on Chelsea’s matches in that tournament through injury, so is a doubt to play this weekend.

Unsurprisingly, Chelsea have had the most joy in this fixture, winning 32 of the two sides’ 59 meetings compared to Palace’s tally of 12 – there have also been 15 draws.

The omens aren’t good for Vieira’s side, who have lost each of their previous eight games against the Blues,

including the above 3-0 defeat at Stamford Bridge on the opening day of the season.

With history in mind, it’s logical to assume that the Blues will come out on top for a ninth successive time against the Eagles.

Crystal Palace have improved significantly in their overall game under Vieira,

but come into this tie with patchy form and very few wins behind them.

It’s no doubt a rough spell in an otherwise hugely encouraging campaign for Saturday’s hosts but,

with a Chelsea side stacked with world-class quality coming to Selhurst Park (even if they too are finding times tough at present),

they’ll struggle to find that first win of 2022 this weekend.