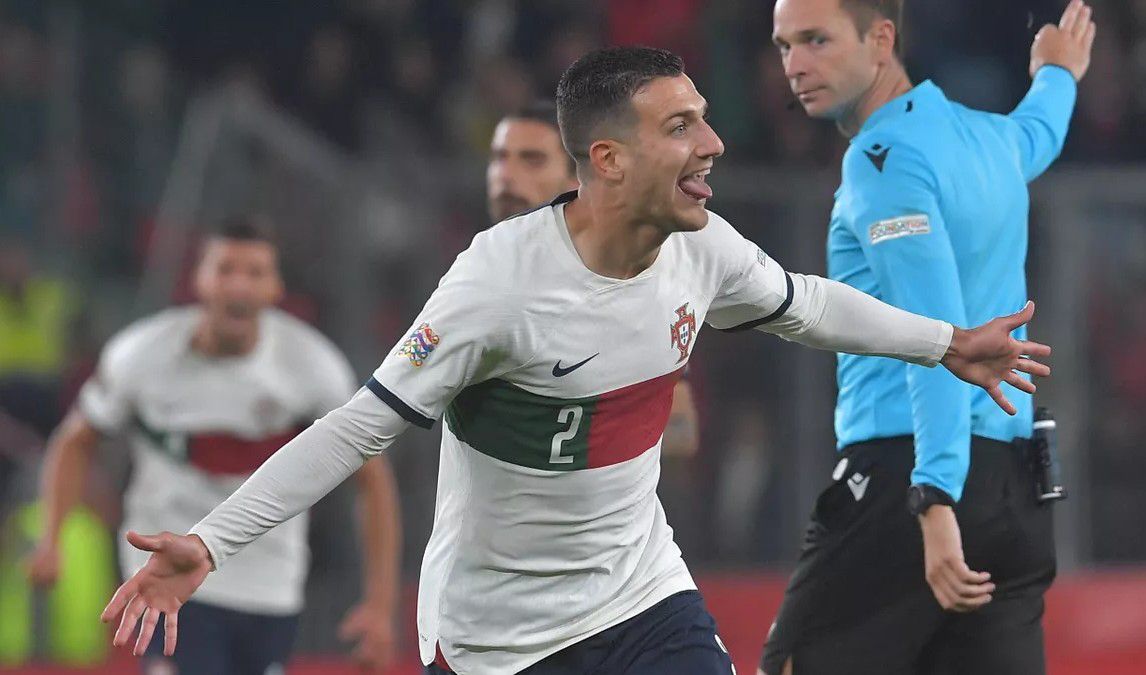 Portugal have gone top of their Nations League group after an impressive 4-0 win against the Czech Republic at Fortuna Arena.

The visitors arrived in Prague hoping to climb to the summit with a win, with Spain, one point

and one place ahead of them, taking on Switzerland in the evening’s other Group A2 match.

Meanwhile, the hosts, three points behind Portugal in third, knew that anything other than victory – combined with dropped points for Spain – would snuff out their sputtering hopes of reaching next summer’s finals.

The two sides looked evenly matched early on, with the Czechs going close via Vaclav Jemelka and Patrik Schick before Rafael Leao and 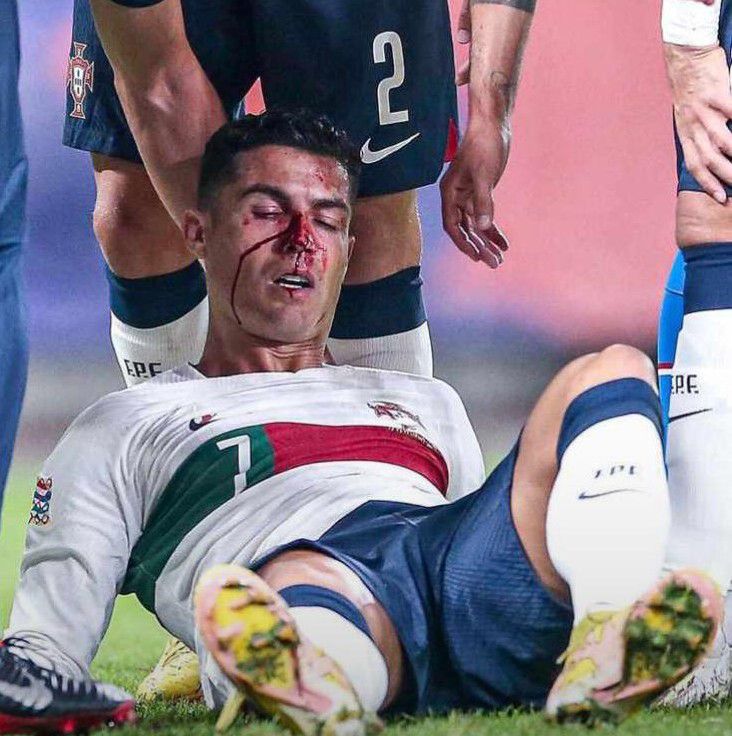 Ronaldo, who sustained a nasty cut to the nose after a coming-together with Czech goalkeeper Tomas Vaclík, went on to miss two big chances,

the first when he scuffed a shot from five yards after an inch-perfect pass from Bruno Fernandes and the second when, having been picked out by Fernandes at the far post, he ballooned wide on the volley.

The hosts came within a whisker of opening the scoring when, with a little over half an hour gone,

a lovely passing move ended with Vladimir Coufal looping a cross into the box.

Both Schick and Antonin Barak went for it, seemingly putting each other off, with the latter glancing a downwards header wide of the upright.

His Manchester United teammate whipped a cross into the box which evaded everyone, but Leao gathered it up and pulled the ball back for Dalot on the charge.

He finished the move he had started, smashing past Vaclik.

There was high drama on the stroke of half-time when, having just doubled their lead after Mario Rui teed up Fernandes for a simple finish,

Portugal conceded a penalty. Perhaps looking to shield his bruised nose, Ronaldo raised his hand and brushed the ball in the area.

Schick stepped up but, tasked with giving his side a foothold in the game, he squandered the opportunity, clipping the crossbar with a rising effort which sailed into the stands.

Dalot got his second soon after the restart, taking a touch on the edge of the area and lashing into the far corner, before Diogo Jota, on as a substitute, wrapped things up with a close-range finish at a corner.

With Spain duly losing 2-1 to Switzerland in Zaragoza, Portugal are now two points clear at the top.

The old rivals face off in Braga on Tuesday to decide who will have the chance to win the tournament.