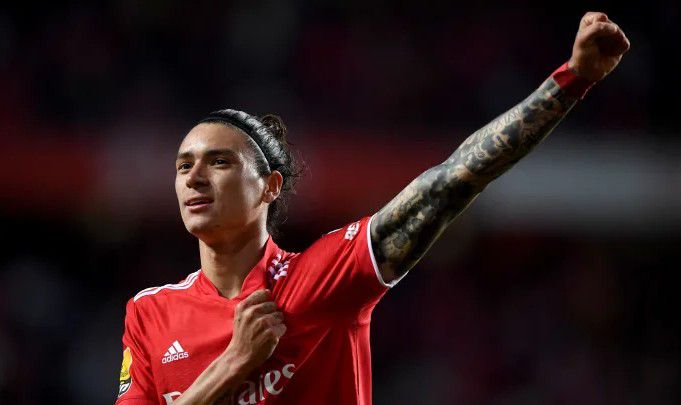 Liverpool have confirmed that new striker Darwin Nunez will wear the number 27 shirt at the club, following his mega money move from Benfica.

Nunez joins Liverpool with a brilliant reputation, having bagged a very impressive 34 goals in 41 appearances for Benfica during the 2021/22

season – guiding the club to the UEFA Champions League quarter finals in the process.

The shirt number he has selected to wear at Liverpool isn’t the most storied.

Read Also: Harry Kane: Erling Haaland And Darwin Nunez In The Premier League Will Only Make Me A Better Player

Having worn the number nine at Benfica last season, Nunez has opted for the number 27 at

The 27 jersey has been worn by the likes of Philipp Degen, Haukur Ingi Gudnason and Mark Gayle down the years, and was most recently by cult hero Divock Origi.

The Belgian has left the club this summer following the expiration of his contract,

but does so having scored some crucial goals down the years – particularly his goals in UEFA Champions League semi finals and finals.