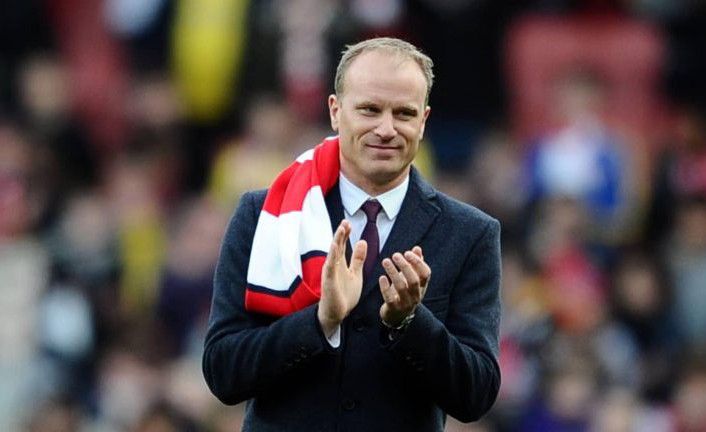 The Gunners made it two Premier League wins on the bounce by beating Manchester United 3-1 at home on Saturday.

Nuno Tavares, Saka and Granit Xhaka all got on the scoresheet for Mikel Arteta’s side.

Cristiano Ronaldo reached 100 Premier League goals for the visitors, but a poor performance from most of his team-mates helped Arsenal to victory.

The result took the Gunners back into the top four on 60 points.

And they have two points more than rivals Tottenham thanks to their goalless draw with Brentford later on Saturday.

Bergkamp and Thierry Henry were in attendance during Arsenal’s most recent win.

After the game, they spoke to academy graduates Saka and Smith Rowe.

“We learned a lot from the English guys. They know what English football means.

“They know what Arsenal means, and you guys know that as well. So if you bring that to the team, fantastic.

“You know that aggression, that passion. That’s what I like about you. You can tell you’re English guys.”

And they were not the only Arsenal players to pick up praise over the weekend.

Egyptian midfielder Mohamed Elneny put in another top display, just like he did against Chelsea.

During an appearance on Match of the Day, Lan Wright was asked about the team’s performance.

“Xhaka was magnificent, [Martin] Odegaard did his stuff again, but Elneny…

“For someone that last played before Chelsea in December.

He came in today – dependable, professional, he never lets the team down.

“He had the most passes today and the most interceptions, he just gets himself in the right position.

“He’s the kind of player, he wants to pass forward. He’s somebody who kept the ball going and kept Arsenal going.”

Mohamed Elneny’s contract runs out at the end of the season.

There have been rumours of a transfer away from north London, but he could end up penning a new deal…