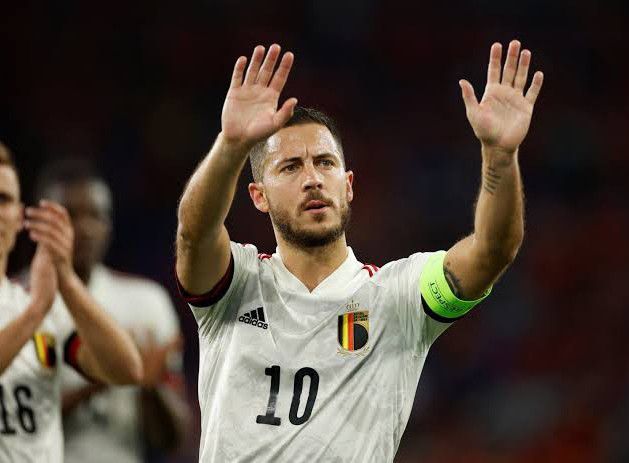 Former Chelsea star and Belgium captain Eden Hazard has call it off  from international football at age of 31.

Hazard start first two Group F games only came in from the bench in their 3rd match against croatia but did not score in any of the clash.

Hazard made his international debut in 2008 and scored 33 times in 126 appearances.

He helped Belgium reach the 2018 World Cup semi-finals, where they lost to eventual champions France, and beat England in the third-placed playoff.

“I have decided to put an end to my international career.The succession is ready,l.”

Thank you for all this happiness shared since 2008… I will miss you.”

Hazard will now focus on club level but his future at Real Madrid have never been cleared.