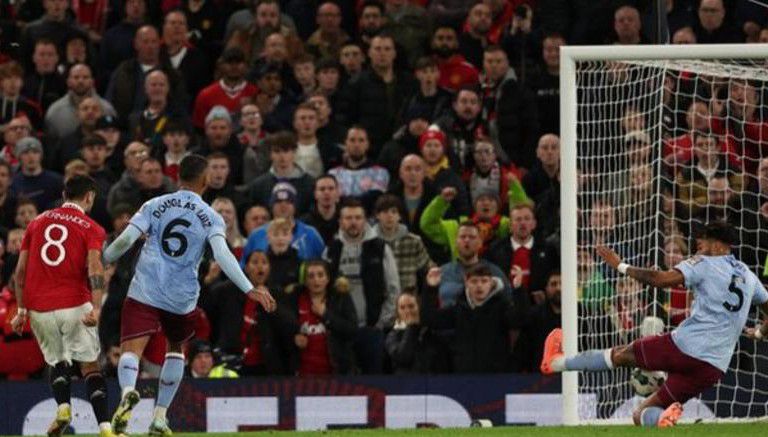 Manchester United beat Aston Villa 4-2 in the third round of the EFL Cup after a breathlessly brilliant second period.

The second half, though was astonishingly different. On 48 minutes,

Ollie Watkins was sent though to finish adroitly then, 19 seconds after the restart, Anthony Martial tapped home an equaliser when fed by Bruno Fernandes.

More end-to-end action followed before, on 61 minutes, a Diogo Dalot own goal put the visitors back in front.

United, though, kept at it, and Marcus Rashford equalised on 67 before Fernandes’ possibly goal-bound shot was slammed past Robin Olsen by the sliding Tyrone Mings.

McTominay then slid home a fine lofted cross from Alejandro Garnacho to seal the win.