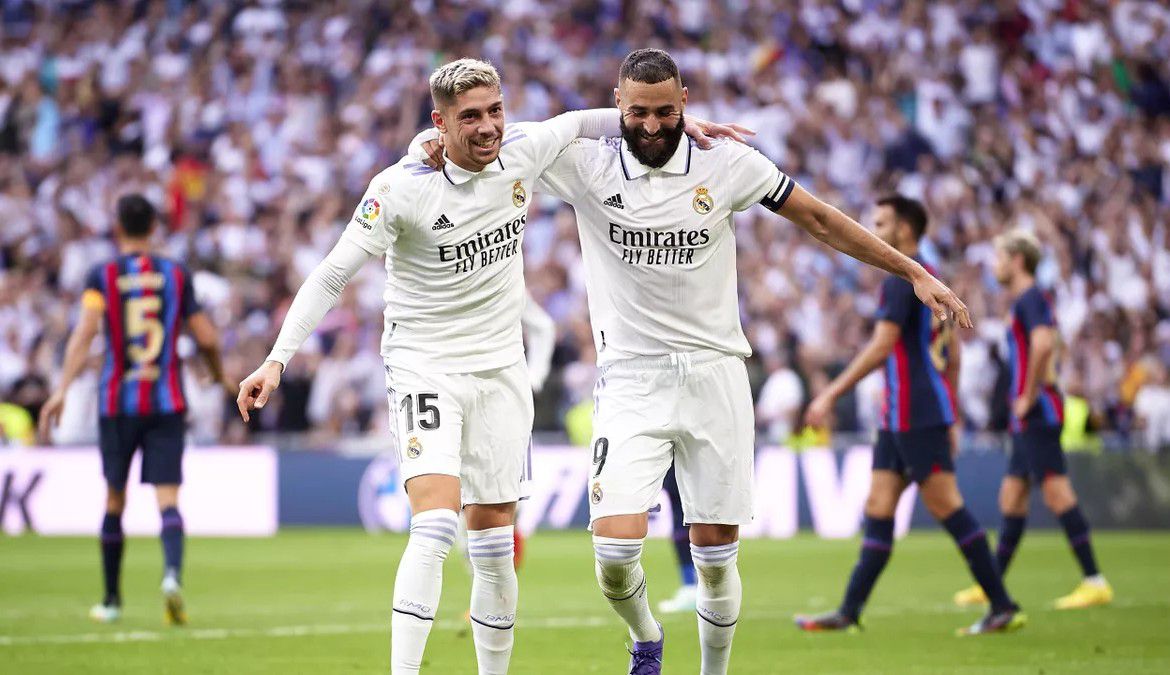 Karim Benzema scored his 12th El Clasico goal as Real Madrid secured a 3-1 win over Barcelona in a breathless derby at the Bernabeu.

Vinicius Junior’s close range effort into Karim Benzeima’s path, leaving the Frenchman with an empty net to aim at from 12 yards.

The visitors took back control with Raphinha causing chaos every time he cut inside,

and Barca should have had the equaliser when his perfect cross found Robert Lewandowski five-yards out at the back post, only for the Polish striker to blaze over in despair.

Barca kept coming at their hosts down the flanks, but against the run of play Real grabbed a second.

Ferland Mendy found Federico Valverde outside the box in plenty of space, and the Uruguayan even had time to tee himself up before rifling home past a diving Ter Stegen.

Frenkie de Jong forced a smart save from Andriy Lunin and Lewandowski headed wide, but Barcelona could not pull a goal back before the break.

Raphina continued to torment the Real backline but the Catalan Giants could not find the quality up front to turn smart build-up play into a goal.

The hosts thought they had killed the game off when Vinicius picked out Benzema on the right flank, with the Frenchman slotting home before the offside flag cut celebrations short.

And as Barca battled on they finally pulled one back as Ansu Fati’s cross found Ferran Torres unmarked at the back post, the Spaniard slotting him before racing to the centre circle with the ball in hand.

But it was too little too late for Barcelona, and it was Real who scored the killer goal as substitute Rodrygo went down in the box.

After dusting himself down, he slotted home to ensure three points that saw the champions leapfrog their rivals and go top of La Liga.