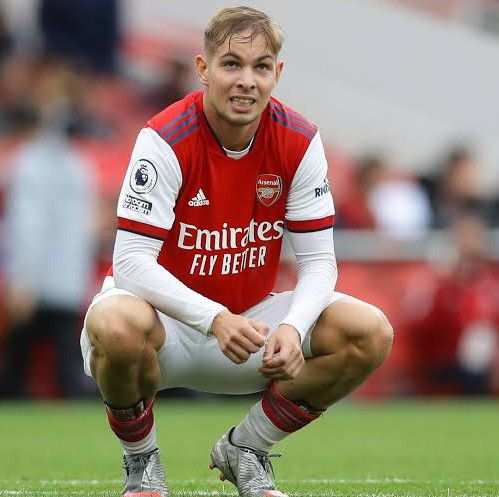 Arsenal star Emile Smith Rowe has been forced to undergo groin surgery and will not return to full training until December, meaning he has now been ruled out of the World Cup later this year.

The 22-year-old has been dealing with the problem for some time causing him to play only a sporadic, bit-part role at the start of the new Premier League season, with Arsenal having initially wanted to avoid surgery.

He was handed brief cameos off the bench against Leicester City, Bournemouth, Aston Villa and Manchester United – totalling just 47 minutes – and it was at Old Trafford that the problem intensified.

During a warm-down after the match, Smith Rowe broke down and looked visibly upset as he headed back to the changing room.

Arsenal have now revealed that the young attacker suffered a significant setback which necessitated surgery and he will be out of action until the end of the year, meaning his hopes of playing at the World Cup are over.

A statement from Arsenal confirmed:

‘In recent months, Emile Smith Rowe has been experiencing discomfort in his groin, which has limited his training and match appearances.

at Old Trafford on September 4, and after further specialist consultations and

discussions with our medical team, Emile underwent surgery to repair a damaged tendon in his groin.

‘This successful surgery took place in London in the past few days and Emile’s rehabilitation programme is already underway.

We are hopeful that Emile will return to full training in December.

‘Everyone at the club will now be supporting and working hard with Emile to get him back on the pitch as soon as possible.’