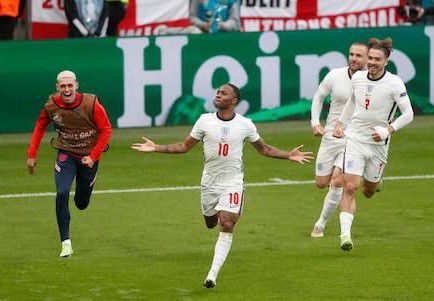 Gareth Southgate has a series of big calls to make for England’s final game before the World Cup against Germany on Monday.

John Stones is back from suspension for the Nations League dead-rubber and could replace Eric Dier in the heart of the back three,

despite an encouraging return to the side by the Tottenham centre-half in Fridays’ 1-0 defeat to Italy.

Southgate will also have Jordan Henderson available again after a minor injury and could bring the Liverpool captain into the midfield at the expense of Jude Bellingham.

Read Also: ‘My Contract Won’t Protect Me’_ Gareth Southgate Admits Failure Of England At World Cup Could Lead To His Sacked

England’s wing-back pairing of Reece James and Bukayo Saka were ineffective against Italy,

and Southgate has options to switch it up at Wembley with Trent Alexander-Arnold and Kieran Trippier pushing for a place on the right, and Ben Chilwell and Luke Shaw on the left.

Mason Mount is also in contention to return to the side, although Phil Foden was England’s standout player on Friday night and Southgate is unlikely to drop Raheem Sterling with his side in desperate need of goals.

Nick Pope impressed in goal last time out but Southgate may want to assess Aaron Ramsdale as he decides on an understudy to Jordan Pickford in Qatar this winter.