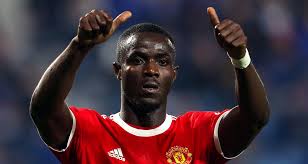 Marseille have completed the signing of Manchester United defender Eric Bailly on loan with an option to buy.

The 28-year-old has struggled since his move to Old Trafford from Villarreal in 2016, with injuries and poor form restricting him to just 113 appearances across his six years on the books at United.

His debut season was the only year in which he managed more than 13 Premier League outings.

Bailly saw just 487 minutes of action last year and has now been offered the chance to rebuild his career with Marseille.

The French side have signed Bailly on a season-long loan which includes an option to buy,

with reports suggesting that will become an obligation if he plays enough games and Marseille qualify for the Champions League.