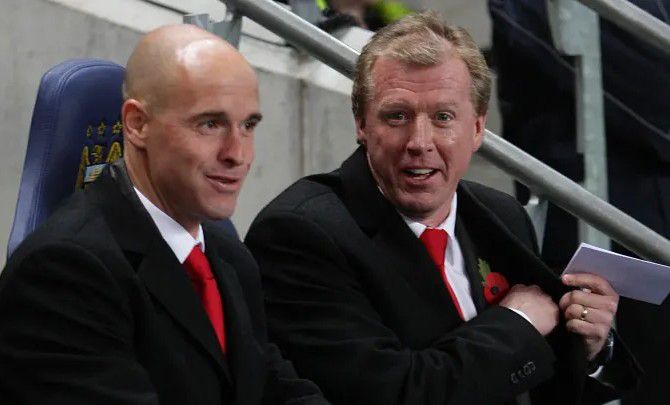 Incoming Manchester United manager Erik ten Hag is set to bring Steve McClaren back to the club as part of his backroom staff.

Ten Hag was confirmed as United’s next manager on a three-year deal with an option for a fourth earlier on Thursday,

and now attention turns to appointing the backroom staff he’ll work alongside at Old Trafford.

The 52-year-old’s current assistant at Ajax, Mitchell van der Gaag, is set to make the same move to Old Trafford with it understood  that

terms have already been agreed, though Ten Hag also wants someone with a United heritage to work alongside him – a bill which McClaren fits.

The pair are good friends, having worked together at FC Twente, and McClaren is a former assistant to Sir Alex Ferguson –

famously taking the role in 1999 prior to the club winning a Premier League, FA Cup and Champions League treble.

McClaren spent two years alongside Ferguson before moving into management with Middlesbrough.

McClaren also took part in Ten Hag’s interview process for the role at Old Trafford, being asked by United for a reference.

It was during this stage that him being a part of Ten Hag’s staff was first broached.

Now McClaren has accepted the chance to return, after Ten Hag made it clear to United that he was be part of the first wave of changes at the club.

United have already indicated to Ten Hag that they will allow him to rework the staffing situation,

which could see a number of changes made in the coming months.

Dutchmen with United links, such as Rene Meulensteen and Robin van Persie, are also being considered for roles back at the club.