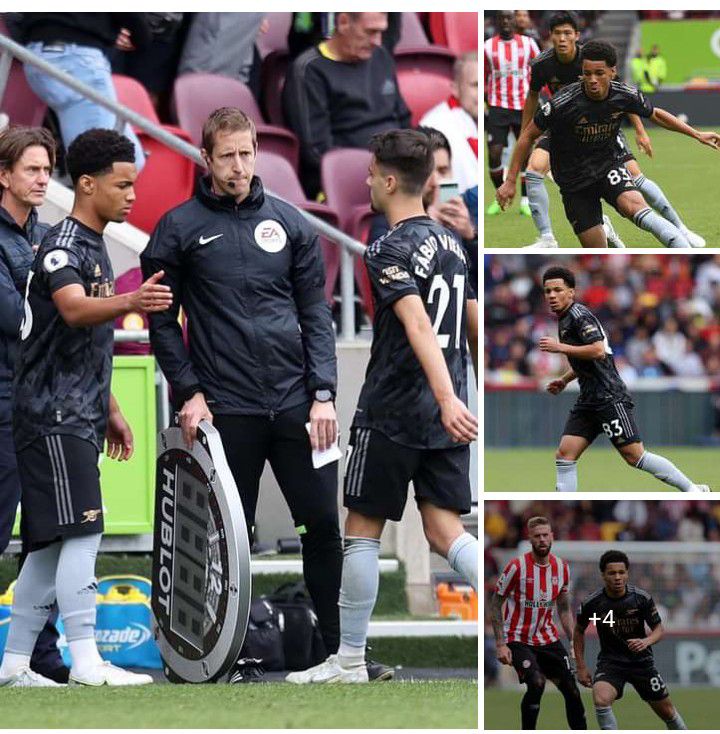 Ethan Nwaneri became the youngest player in Premier League history when he came on as a late substitute for Arsenal in their 3-0 win at Brentford.

The midfielder, aged just 15 years and 181 days, came off the bench to replace Fabio Vieira in west London in stoppage time.

The record was previously held by Harvey Elliott when he appeared for Fulham aged 16 years and 30 days back in 2019.

Nwaneri’s cameo was a very brief one having been thrown on in the 93rd minute, but the travelling Arsenal fans revelled in the youngster’s success, taunting Brentford that ‘he’s only 15’ and ‘he’s got school in the morning’.

Arteta reveas decision to use him: 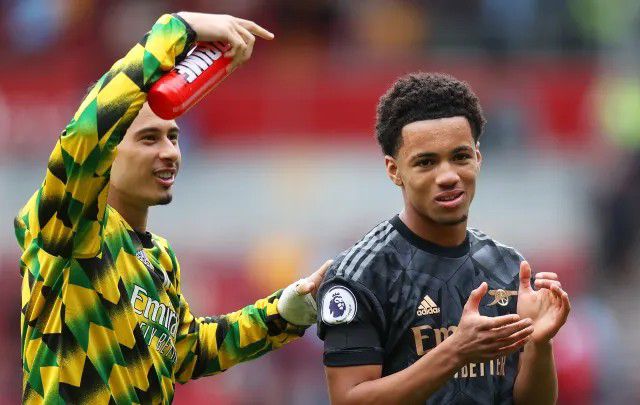 “It was a pure gut feeling. I met the boy, I really liked what I saw, the academy staff gave my really good information about him.

“I met him, he trained a couple of times with us, yesterday he had to come because we had all the injuries, especially with Martin [Odegaard].

And then I had that feeling from yesterday that the opportunity could happen, that I was going to do it, and I just did it.

“It’s another step in your career, another experience, because not all are going to be forwards.

After that, maybe he needs three backwards to have another forward.

“But I think he deserved it and it sends a strong message about who we are as a club.

“I don’t know what it is. When I met him, I looked at him and had that feeling.

and when there are players that love what they do so much, they have no fear.

The door is open to explore where they can go.”

Arsenal strolled to a 3-0 win at the Gtech Community Stadium.

William Saliba opened the scoring with a looping header in the opening exchanges before Gabriel Jesus doubled the lead soon after.

Vieira marked his first start for the club in the Premier League with a curling strike just after the interval and Mikel Arteta’s men were able to keep Brentford at arm’s length for the remainder of the afternoon.