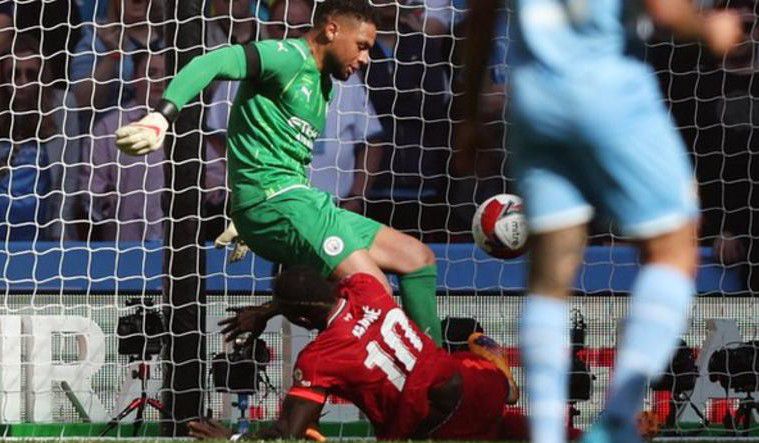 Liverpool survived a late scare to remain on course for an historic quadruple as they reached the FA Cup final with victory over Manchester City at Wembley.

If last Sunday’s Premier League meeting between the clubs was a classic, this semi-final was effectively decided in a one-sided first 45 minutes,

in which a mixture of ruthless finishing and Manchester City mistakes saw Liverpool take a 3-0 lead.

An under-strength City were unable to recover as Liverpool, having won the Carabao Cup, are now in the FA Cup final too

– as well as the last four of the Champions League, while sitting second in the Premier League.

Manchester City manager Pep Guardiola, who was unable to start Kevin de Bruyne and had Kyle Walker out injured, preferred Zack Steffen to Ederson in goal, a move that back-fired spectacularly.

Ibrahima Konate had already headed Liverpool in front after nine minutes when Steffen, trying to repeat the feats of Ederson in the league game between these two clubs, miscontrolled in his six-yard area, allowing Sadio Mane to pounce.

but Jack Grealish pulled one back early in the second half and keeper Alisson twice saved crucially from Gabriel Jesus as this semi-final sprang to life.

Bernardo Silva pulled another back for City at the start of a tense period of stoppage time but Liverpool survived to face either Chelsea or Crystal Palace, who meet at Wembley on Sunday, in the final on 14 May. 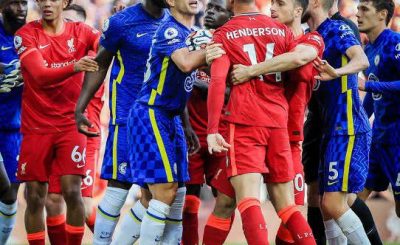