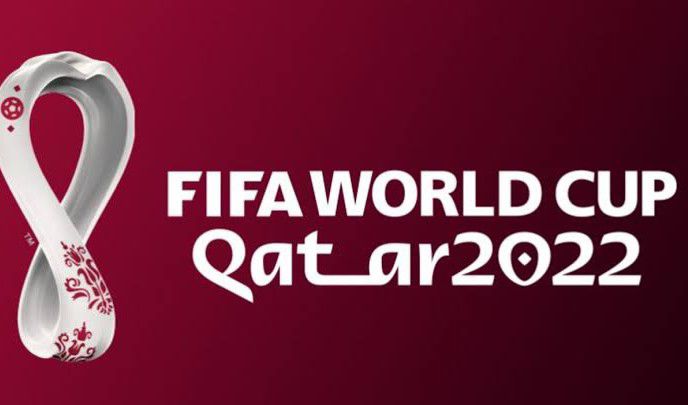 One of Wales, Scotland or Ukraine will also be in Qatar this November and December but will not know until the remaining European play-offs in June.

Jermaine Jenas hosts the draw from the Doha Exhibition & Conference Centre from 16:45 BST on Friday, 1 April.

The World Cup takes place between 21 November and 18 December in Qatar.

Here is everything you need to know about the draw.

Read Also: A Week To Forget For Haaland: No World Cup And Out Of The Champions League

How does it work?

This World Cup has the same format as the past few tournaments, with teams drawn into eight groups of four.

Teams are seeded based on the Fifa world rankings released on 31 March.

Hosts Qatar will be given position A1 from Pot 1 and the top seven ranked teams who have qualified are the other top seeds.

England are among them.

The three play-off winners not yet decided (Wales v Scotland/Ukraine, Costa Rica v New Zealand, UAE/Australia v Peru) will be in the bottom pot of seeds.

The draw will start with the teams in the top pot and work downwards, finishing with the bottom pot.

After a team is drawn out, a second ball will be drawn to decide which group they are in.

Teams from the same continent will be kept apart – except for European countries, where a maximum of two can be in any one group.

Unlike in previous World Cups, the match schedule will be decided afterwards and will not happen automatically depending on how teams are drawn out.

Fifa says this provides “scope to provide a more beneficial kick-off time for audiences at home”.

Why don’t we know all the teams?

Usually all the teams would be known before the World Cup draw but this year three positions are yet to be decided for two different reasons.

Two intercontinental finals will be played in Qatar on 13 and 14 June.

Costa Rica and New Zealand meet in one and in the other Peru will play the winner of the United Arab Emirates v Australia, who meet in the Asian play-off in Doha on 7 June.

Those games were moved from March because of knock-on effects of the Covid pandemic in each continent.

All the Oceania qualifiers were played from 17 to 30 March in a mini-tournament in Qatar.

One of the three European play-off routes has been delayed because of the Russian invasion of Ukraine.

Scotland’s semi-final against Ukraine at Hampden Park was postponed from March until an unspecified date in June when it is hoped Ukraine will be in a position to play.

The winner of that game will face Wales, who beat Austria in their semi-final, in Cardiff a few days later for a place at the World Cup.

Who could England face?

England could end up in a group with Wales or Scotland, if one of them qualify, since they are in the top and bottom pots respectively and two European nations can be in one group.

The Three Lions could end up in a group with Germany, Africa Cup of Nations champions Senegal and Ecuador

– or a theoretically kinder draw could pit them against the USA, Iran and Ghana.

Scotland or Wales could end up with Brazil, Germany and Senegal – or a more favourable draw could see them face Qatar, the USA and Tunisia.

Who is doing the draw?

Eight former players and managers will be conducting the draw, including World Cup winners Cafu, of Brazil, and Lothar Matthaus, of Germany.

MalAllah won Fifa World Youth Championship silver with Qatar in 1981 and played at the 1984 Olympics.

Madjer scored for Algeria in their 1982 World Cup win over West Germany,

while Daei was the all-time men’s top scorer in internationals with 112 until Portugal’s Cristiano Ronaldo overtook him last year.

European champions Italy are the most notable absentees after their play-off defeat by North Macedonia, although they did also miss out on the last World Cup.

Russia also miss out after being kicked out of the play-offs following their country’s invasion of Ukraine.

Mohamed Salah and Egypt will not be there either after losing to Senegal on penalties. 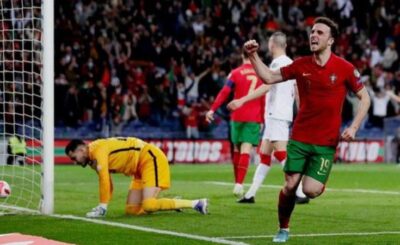