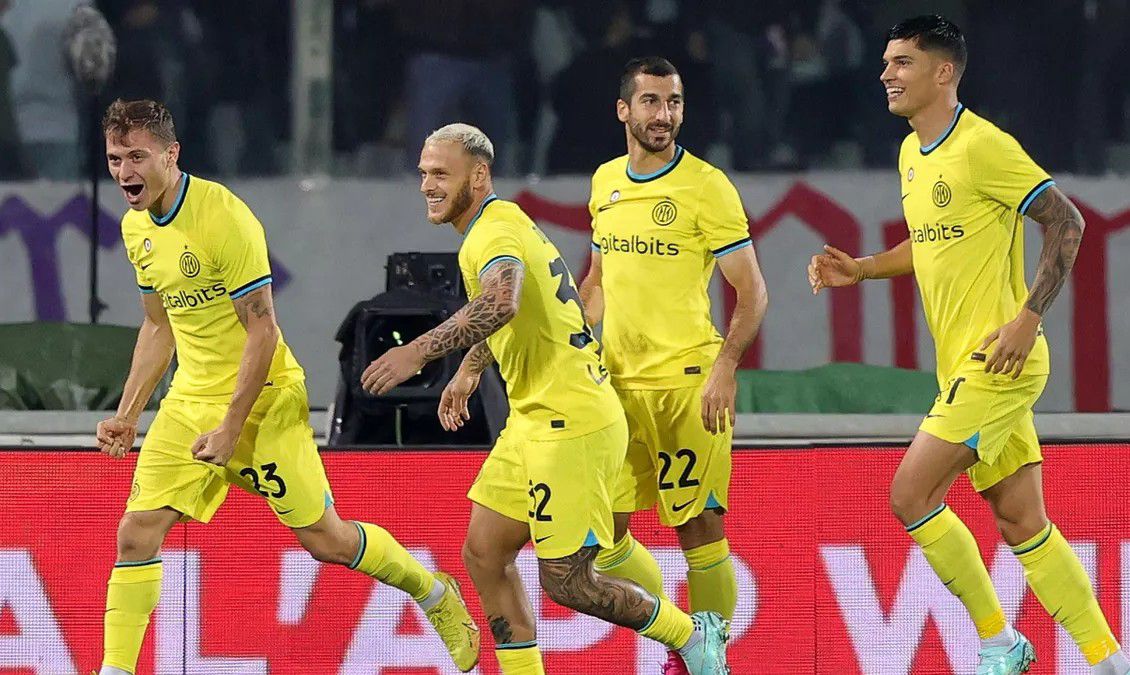 Inter took the lead inside 90 seconds when Barella ran onto a defence-splitting pass from Martinez and tucked away a scrappy finish with the outside of his boot.

Less than 15 minutes later Martinez got on the scoresheet himself, slotting home neatly after an impressive mazey run through the Fiorentina defence.

As Inter threatened to run away with the game, Fiorentina clawed a goal back on the half-hour mark from the penalty spot through Arthur Cabral.

Giacomo Bonaventura was caught by Federico Dimarco with a nasty mid-air stamp as the Fiorentina midfielder lined up a shot, and the host’s were awarded the penalty after a quick VAR review.

Martinez threatened with a near-post header from a corner early into the second half to force a strong save out of Pietro Terracciano,

before Dimarco produced a teasing across the six-yard box, but the danger area was vacant of yellow Inter shirts.

Fiorentina saw a huge chance go begging as a fizzed Christian Kouame cross evaded all of Jonathan Ikone, Cabral and Bonaventura who

were queuing up in the box, but eventually found the equaliser through Ikone with a sensational curled effort on the hour mark.

He drove into the penalty area before he cut inside on his left foot, and curled the ball with a lofted effort above Andre Onana into the top left corner.

However, the man in form – Martinez – wasn’t finished, as he restored Inter’s lead with a thumping effort from the penalty spot a little over 15 minutes from time.

Fiorentina’s spirit wasn’t dampened and continued to push for an equaliser as their persistence finally paid off with minutes to spare,

as substitute Luka Jovic fired in a last-minute equaliser from close-range.

Unfortunately for the host’s, the action wasn’t finished there, as Henrikh Mkhitaryan rode his

luck deep into added time to get in the way of a Nikola Milenkovic clearance inside the Fiorentina box, and divert the ball into the bottom corner to steal all three points.