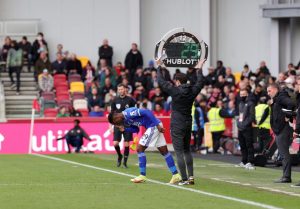 The current temporary rule which allows football teams to use up to five substitutes reportedly appears likely to become permanent.

When football returned amid the coronavirus pandemic in June 2020, the rules were changed to allow an increase in number of subs and also expand the number of players allowed in the squad.

This was due to concerns over fitness and injury risk with games being played in such a short period of time to complete the 2019/20 season.

Some Premier League clubs wanted to continue with that into 2020/21, but not everyone agreed.

In many other leagues and competitions across the continent, five substitutes has now become the norm.

At present though, it remains as a temporary measure.

As such, the International FA Board’s (IFAB) technical and football panels heard a proposal on Wednesday to make the temporary rule change permanent and recommended it be approved.

An IFAB statement read: “FAP-TAP today recommended that competitions should be able to decide on increasing the number of substitutes according to the needs of their football environment, while the current number of substitution opportunities (three plus half-time) should stay the same.”

If confirmed, this would then likely increase pressure on the Premier League to follow suit, though individual competitions would still be allowed to opt for three subs.

The matter was voted on by Premier League clubs three times last season and was consistently defeated – for the motion to pass it required 14 votes, but it never surpassed 11.

Among those who wanted to see it introduced were Liverpool, Manchester United, Man City, Chelsea, Arsenal and Tottenham.

Representatives of this ‘big six’ such as Jurgen Klopp and Pep Guardiola have previously spoken of how they want the rule change to be applied in the Premier League.

However, others have argued it would create an uneven playing field for sides with less depth.