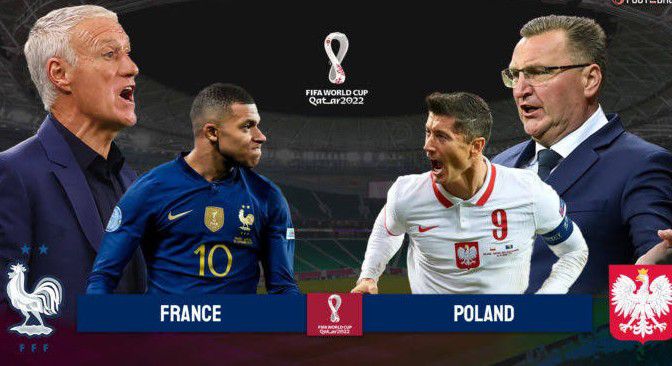 France coach Didier Deschamps is expected to revert to his strongest line-up for France’s World Cup last-16 clash with Poland.

The world champions were afforded the luxury of resting players for their final group game – a loss to Tunisia – and are favourites to progress into the last eight.

Over the curse of the holders going out in the following group stage, the campaign has been fairly straightforward thus far, albeit one also decimated by injury.

All of Kylian Mbappe, Olivier Giroud, Hugo Lloris, Theo Hernandez, Ousmane Dembele and Jules Kounde are almost certain to be restored to the starting XI as France look to defend their crown.

Poland, meanwhile, are fresh of any free injury concerns.

Clearly, they will have to improve on their loss to Argentina but boasting a ‘keeper like Wojciech Szczesny and a forward like Robert Lewandowski makes them a dangerous opponent in knockout football.