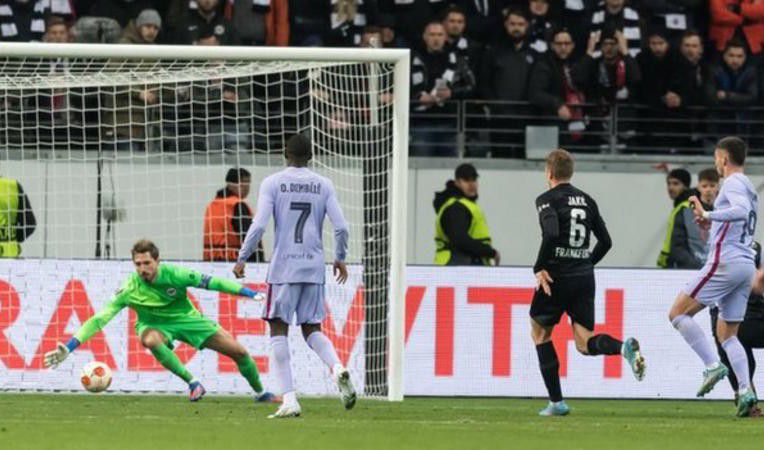 Ferran Torres scored for Barcelona as they fought back at Eintracht Frankfurt to earn a draw in the first leg of their Europa League quarter-final.

But Torres combined brilliantly with Frenkie de Jong before scoring with a low drive.

The hosts had defender Tuta sent off late on but Barca could not capitalise.

That dismissal for two bookings capped a busy evening for English referee Michael Oliver, who earlier awarded Frankfurt a penalty before changing his mind after being sent to the pitchside monitor.

Former Manchester City attacker Torres’s goal means the Spanish side, now unbeaten in 22 games and rejuvenated under manager Xavi, will be favourites to advance to the semi-finals when they meet again for the second leg at the Nou Camp next Thursday.

The winner will meet either West Ham or Lyon in the semi-finals, with that tie evenly poised after a 1-1 first-leg draw at London Stadium.