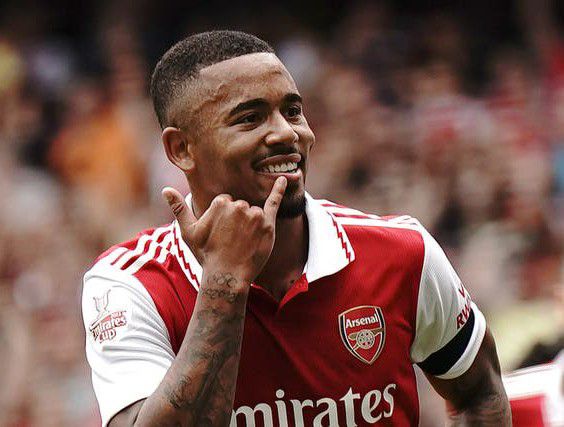 Gabriel Jesus insists the only way to get back into the Brazil squad is to improve at Arsenal.

Jesus scored his fourth goal of the season away at Brentford on Sunday, taking his overall tally to seven goal contributions in as many games.

Despite a prolific start to his career in north London following this summer’s £45m move from Manchester City,

the 25-year-old was overlooked by manager Tite for his country’s friendlies with Ghana and Tunisia later this month.

Gabriel Martinelli and Gabriel Magalhaes were also left out of the 26-man set-up.

With the World Cup now only weeks away, the striker faces a fight to make it into Tite’s plans.

while Brazil are blessed with a number of options in wide positions, including Neymar, Vinicius Junior and Manchester United’s Antony.

“I respect the coach’s decision a lot, I respect Tite, the entire staff.

As I said, I’m Brazilian, I’ll always root for the team. And I also respect the other players, who have a lot of quality.

“I’ll keep doing my best to have the opportunity again.

“What is in my control is my performance. I will always try to give my best, finish the plays.

Today I had some chances that I could also improve a little more, I know. I’ve been training, trying to do my best.”