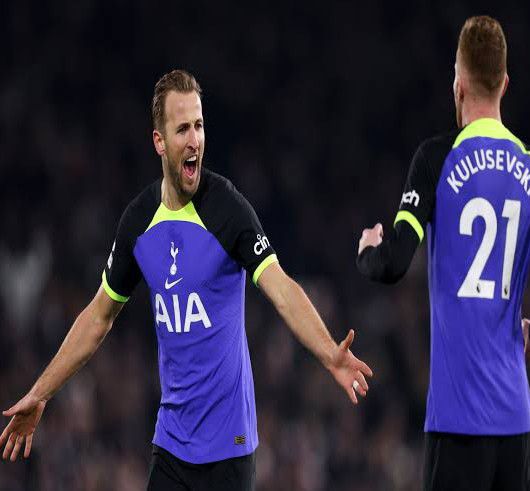 Harry Kane opened the scoring against Fulham at Craven Cottage on Monday night in what was his 266th goal for the club in 415 appearances.

It’s over a decade since Kane scored his first Tottenham goal, coming off the bench in the Europa League against Shamrock Rovers in December 2011 and scoring late on.

Harry Kane has won the Premier League Golden Boot 3x, with 199 of his 266 Spurs goals coming in the League.

He has scored 15 times in the FA Cup, on seven occasions in the League Cup and 45 times in Europe.

With just one more goal needed to break Greaves’ record, the Premier League goalscoring record will be the next target for Kane, with Alan Shearer’s mark of 260 goals likely to be within range in the next few seasons.

Kane has been linked with a £80m move to United in the January transfer window with the England captain having entered the final 18 months of his deal at Spurs.

The 29-year-old, though, is reportedly open to signing a new contract with Tottenham.