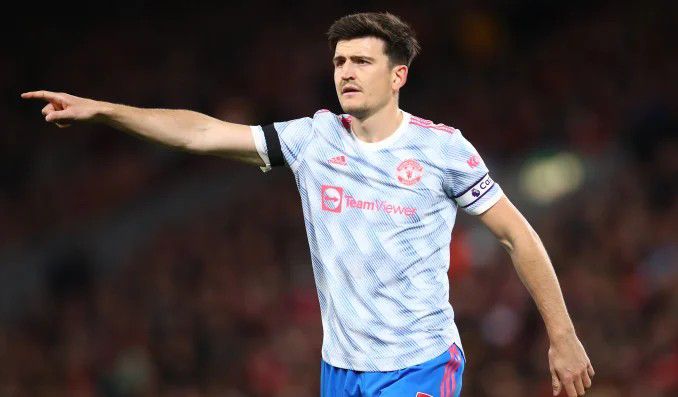 Manchester United club captain Harry Maguire is set to drop to the bench for their crunch clash with Arsenal on Saturday ‘on compassionate terms’.

Maguire received a bomb threat at his home on Thursday, with police explosive dogs sent out to his address to search the area.

While Maguire is continuing to prepare for Saturday’s fixture as normal.

The Athletic report that interim boss Ralf Rangnick will take him out of the starting XI to allow the defender some physical and mental rest.

The 29-year-old has been subpart this season but has often been scapegoated for United’s woeful campaign.

Maguire started on the left side of a back-three formation as rivals Liverpool thrashed United 4-0 on Tuesday.

Should Rangnick opt to stick with that formation, he could welcome Raphael Varane back into the side following his return from injury.

Tottenham in the race for a Champions League place and having played a game more than their rivals.

– if they even qualify for a European competition at all – next season.