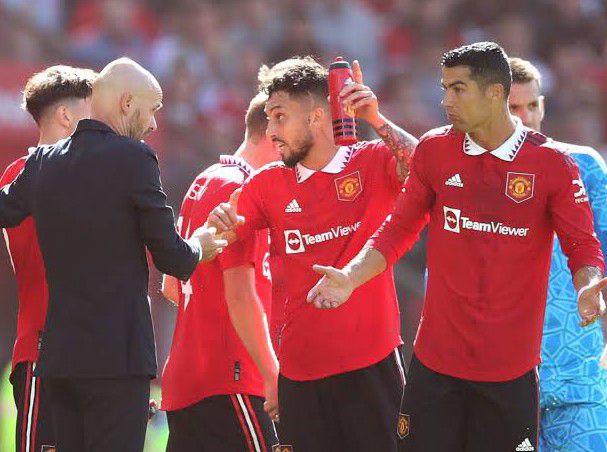 Former Ajax coach Erik ten Hag has insisted that there is still a place at the club for Cristiano Ronaldo, but warned the forward that he now has to prove himself once again.

Ronaldo has asked to leave United this summer amid concerns over the Red Devils’ lack of Champions League football, and after missing

the majority of pre-season for ‘personal reasons’,

in which he was substituted at half time and left the stadium before the final whistle.

Ten Hag later came out to reveal that Ronaldo did not have permission to leave Old Trafford early, labelling his behaviour as ‘unacceptable’.

Nevertheless, as it stands, Ronaldo will begin the new season as a United player,

but Ten Hag has warned the veteran striker that his reputation will not guarantee him minutes over the coming campaign.

“He’s a fantastic football player, he’s proved that so many times, but you are always judged on what you are now, what you are presenting now, performing now.

“The team, and Cristiano himself, has to prove it.”