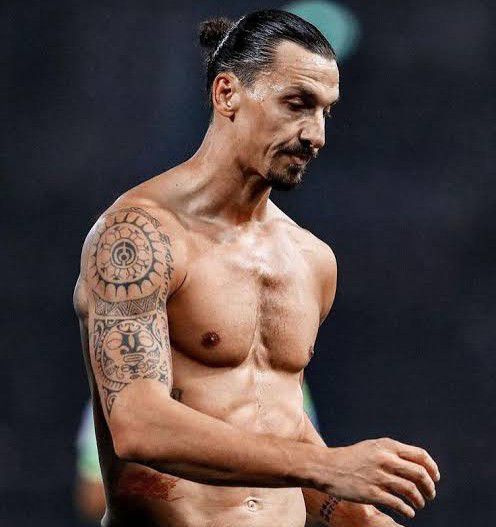 At 41 Zlatan Ibrahimovic insists he is not considering retiring despite been forced to the sidelines since May when he underwent knee surgery.

Reports in Italy last month suggested that Ibrahimovic could retire in January if he doesn’t see progress in his recovery by the end of the year.

However, in an interview with CNN, Ibrahimovic said he is still not considering hanging his boots.

“I have a big passion for my game. I have a different situation now with my age and with the teammates I have, but I’m enjoying every

day because I think when you stop football you will miss it so much that you don’t want to have any regrets saying I should have kept playing,” he said.

“I’m trying to stay at the level with these young guys working hard and just to keep the rhythm.

“I want to be healthy and, when I’m on that level, then I keep playing and see how far I can take it.

As long as I can produce results, I will still play.

The day I slow down, I want the people around me to be honest and say he’s slowing down and then I’ll be realistic,” he continued.

“I think in my case I have this drive, I want to become better every day. I have a mentality that if I don’t work hard enough, I’m not feeling good.

“And I think that brings you far, it brings you to a level where you challenge your body because it’s all about challenging yourself.

Ibrahimovic had suffered an anterior cruciate ligament injury in 2017, during his spell at Manchester United, and remained out of action for nearly one year.

“That was my first major injury so that everything was new for me.”

“So I didn’t really know what was expecting, what was ahead of me when I was in that situation.

At first, I was a little bit afraid because I didn’t really know if I could come back or what would happen. But slowly, I took it day by day.

“It was more a mental thing where I had to keep calm, keep patient and, let’s say, do a boring training.”

Overall, he has bagged 92 goals in 159 games with the Rossoneri across his two spells with the Serie A champions.

Ac Milan performances in Seria are still outstanding despite the absent of Ibrahimovic and hope to continue the winning streak against Torino Tomorrow.