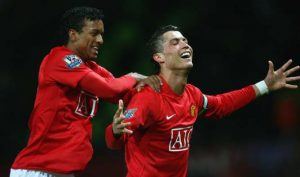 Manchester United’s Cristiano Ronaldo has scored 48 hat-tricks in all competitions,
in his club career – the first of these came against,
Newcastle United, in a Premier League match in January 2008.

Wolves have won two of their last three away league games against Watford (L1),
as many as they had in their previous 13 visits to Vicarage Road (D4 L7).

Crystal Palace are winless in their last 12 Premier League meetings with Spurs,
(D2 L10) since a 2-1 win in January 2015.
The Eagles have scored just four goals in this run, failing to find the net on eight occasions.

Arsenal have lost just two of their 18 Premier League meetings with Norwich,
(W9 D7), and are unbeaten in seven against the Canaries since a 1-0 loss in October 2012.

Brighton have won just one of their last nine away league games against Brentford,
(D3 L5), with this their first visit since a 3-3 draw in February 2017.

Leicester striker Jamie Vardy has scored eight goals in 10 Premier League games,
against Pep Guardiola’s Manchester City, more top-flight goals than any other player,
has netted against sides managed by the Spaniard.
This includes two hat-tricks against the Citizens, one in December 2016 and one in September 2020.

Chelsea striker Romelu Lukaku has scored in each of his last five Premier League appearances,
against Aston Villa, netting six goals in total in this run.
The Belgian is looking for his first top-flight goal at Stamford Bridge,
in what would be his 11th appearance at the ground in the competition.

Leeds are unbeaten in their last seven Premier League home games (W3 D4),
their longest run without defeat at Elland Road in the top-flight since a run of 15 in 2001.

Burnley have won two of their last four away league games against Everton (L2),
as many as they had in their previous 16 visits to Goodison Park (D4 L10).