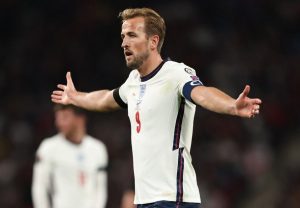 Harry is yet to bag a Premier League goal this season.

And he was disappointing in England’s 1-1 draw with Hungary on Tuesday.

The England captain was keen to leave Tottenham during the summer.

With Manchester City looking the most likely destination, but a deal never materialized.

There have been claims that Kane has lost his focus and motivation after he was effectively priced out of a move away from Spurs by chairman Daniel Levy.

However, ex-Arsenal midfielder Wilshere – who is currently training with the Gunners.

Is confident that Kane will be back scoring for his former club’s arch-rivals in no time.

He also asserted that his former England teammate was one of the best strikers in the world.

Putting his north London rivalry to one side. 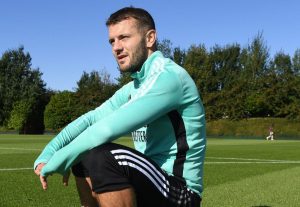 Asked whether he was worried about Kane’s run of not scoring.

“Listen, Harry is one of the best strikers in the world.

When you think about the top strikers in the world: [Robert] Lewandowski, [Karim] Benzema, Harry Kane. Goalscorers.

He might have a little dip now and then, but he always comes back.

“He’s a player who is technically so good in front of goal, with his left foot, right foot.

“Tottenham have had a difficult spell as well, so at times that’s difficult for a striker when he’s not getting chances created for him.

“But Harry is a top player, he’s been top player for years, and he’ll come back.

“He’ll come back for club and country strongly and he’ll score goals.

Wherever he is he’s scored goals, that’s just the type of player he is.”