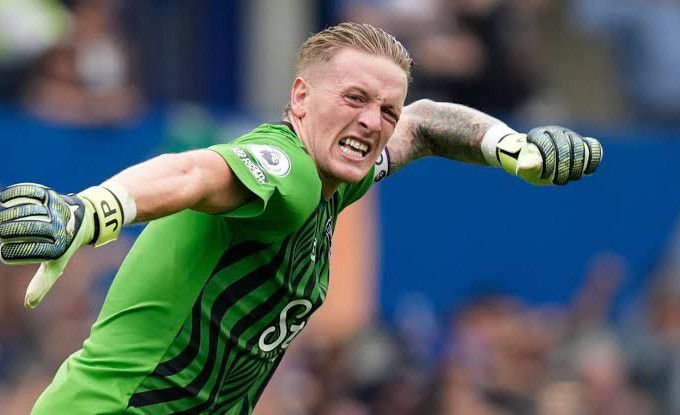 England face Iran in their Group B opener on Monday as Jordan Pickford has the believe his side are good enough to lift the World Cup trophy in Qatar.

England finishing third as the 2018 World Cup and as runners-up at Euro 2020, Pickford says Gareth Southgate’s squad want to go one better.

“As a footballer, there is nothing better than getting a medal.”

“The World Cup comes around every four years, so there’s an opportunity for us.

“It’s an opportunity that we can hopefully grab with both hands and excel in the tournament.

For me, personally, all I want is silverware. Ask every single lad in the squad and the staff and they will want the same thing.”

again at Euro 2020 and says takes motivation from looking at his silver medal from the Euros.

“Other players don’t really like them but I think it is a progression.

“It is a hunger to say that you have got the runners-up medal – it’s a hunger wanting to go and get the winners’ medal.

“You know what it takes to get to the final, now what’s the next step? So I think it is always good to have a look at it.

I’m positive about it, not negative.

“I think we’ve come a long way as a nation, especially from Russia, where we were written

off a bit early doors and got to the semis. We were disappointed not getting to the final.

“We took that momentum into the Euros, pretty much a home tournament, as close as I will get in my career to that. We got to the final of that.

“We’ve tasted defeat in both of them. But we know what it takes to get that far.

We’ve got the ability and mental strength in the team.

“It’s what football is all about: winning. That is what we are in the tournament to do.

“The last two tournaments we didn’t get over the finish line but we’ve made massive strides as a nation and as a group of players.”