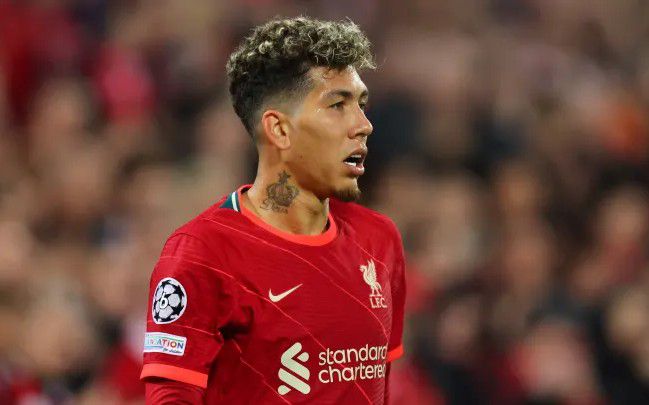 Jurgen Klopp has confirmed that Roberto Firmino will not be available for Liverpool’s Champions League semi-final second leg against Villarreal on Tuesday night.

The forward has recently been absent due to a foot injury sustained in the Reds’ FA Cup victory over Manchester City last month.

The knock has ruled him out of subsequent meetings with Manchester United, Everton, Villarreal and Newcastle.

Speaking before the return leg against the Yellow Submarine, Klopp confirmed that Firmino would remain out for that fixture too.

“Bobby is now running,” he began.

“It’s nothing serious but it’s very painful each step.

He will travel with us but won’t be involved in the squad yet.

Then we had issues with stomach bug [Tsimikas, Jones, Origi] but they are all back.”

Liverpool boast a 2-0 lead going into the second leg in midweek but Klopp was eager to dismiss any suggestions that the Reds were already in the final.

“If I was younger I’d have been really angry with the question!,” he replied when asked whether the job was done.

“Of course, no. It’s only half-time. We have to go there and try to win, knowing they (Villarreal) will go with all they have.

“It’s a semi-final, it should be tough. We never expected it to be easy.

But we played a good game at home and we need to play a good one away as well.”

“Maturity and experience is important but not the only decisive thing. Everything that we are is required tomorrow night.

“We have to be ready to play a top, top game. They will try top lay much more football than we allowed them in the first game.

“Unai will sure try to adapt a few things. It will be really interesting. Maturity is important but not the only thing.”