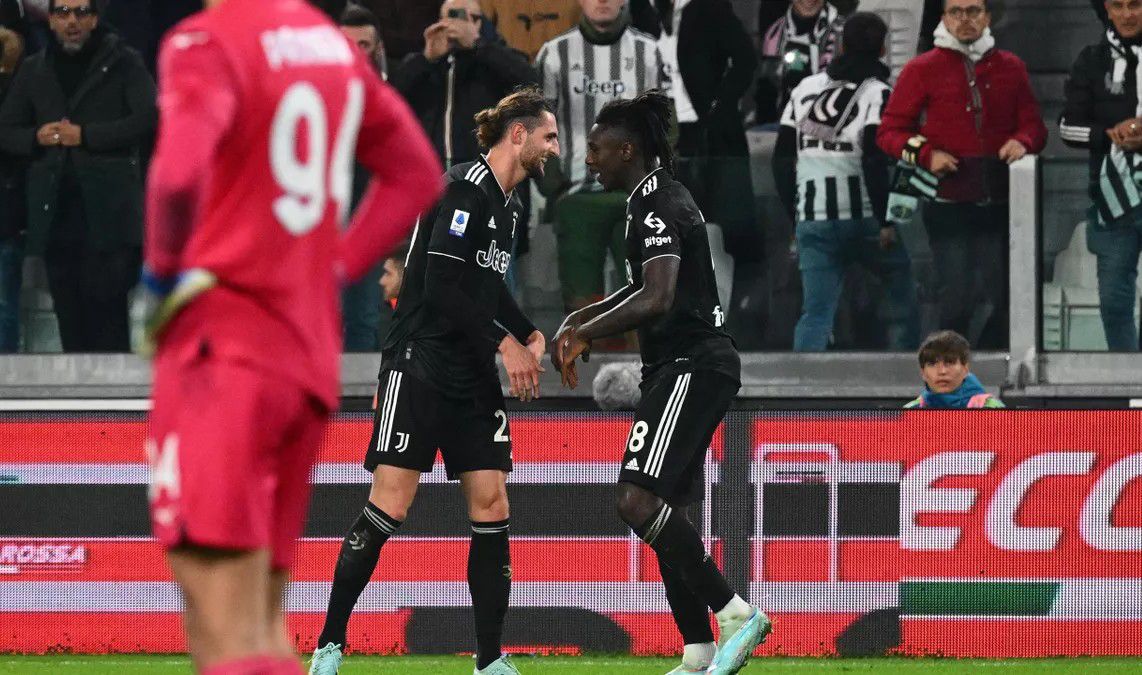 Juventus moved into Serie A’s top three for the first time since the opening day of the season after easing to a sixth league win in a row by beating toothless Lazio 3-0.

Massimiliano Allegri’s side, who have not conceded in any of those victories,

were comfortable throughout, with goalkeeper Wojciech Szczesny largely a passenger as they jumped above the visitors in the table.

The hosts started brightly, with Moise Kean, full of confidence after scoring three goals in his last four games, making an early burst into the

box before dragging a low shot just wide of the far post, while Nicolo Fagioli saw his effort from 20-yards well saved.

Those early chances hinted at an exciting first half, but other than a flurry of yellow cards,

three of them in three minutes, little happened until just before the break, when Kean broke onto a delightful ball over the top by

Adrien Rabiot and expertly lobbed Ivan Provedel, who came off his line to intercept the pass but got nowhere near it.

The striker doubled his tally for the evening shortly after half-time, although he could hardly

miss from just yards out, tapping into an empty net after the goalkeeper had palmed Filip Kostic’s fierce shot straight into his path.

That put the game to bed, and there was plenty of time for Juventus to grab a third, which they duly did when Arkadiusz Milik tapped home

At the other end, Szczesny was finally tested by Felipe Anderson in injury time, but Lazio put in a worryingly flat performance, a far cry from a run of form that had seen them win seven of their previous nine matches.