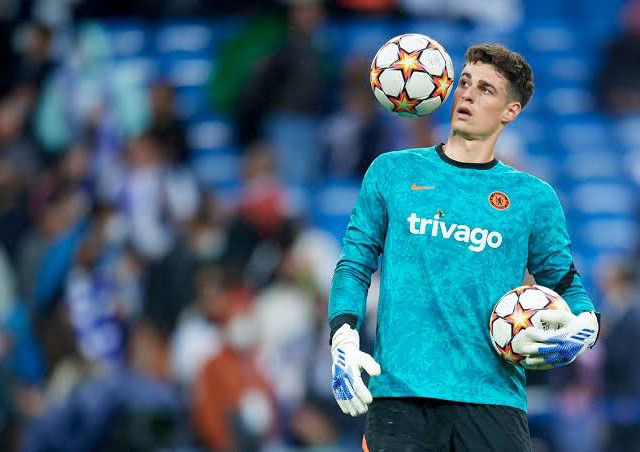 Kepa Arrizabalaga believes his performances in his scant game time at Chelsea warrant more minutes as he considers his future at the club.

The goalkeeper was signed for a whopping £72m in 2018 but flattered to deceive in his two seasons as number one at Stamford Bridge.

Edouard Mendy was initially signed to provide competition for the Spain international in October 2020,

but he would swiftly replace Kepa as first-choice goalkeeper and go on to make the position is own with a number of impressive performances.

As a result, Kepa’s minutes have since been restricted to cup appearances and a period in

the team when Mendy was away at the Africa Cup of Nations in January.

With his teammate unlikely to be dislodged from the starting lineup, Kepa could leave

Chelsea this summer and he has already been linked with a number of clubs across Europe – most notably Lazio.

Addressing his future in an interview with Marca, Kepa said:

“I’m excited, ambitious, eager to start, to enjoy myself and, above all, to play more.

I want to be on the pitch for more games.

“Obviously, I want to play more. It’s true that he’s choosing another teammate [Mendy] and that’s

what I’m trying to change in my day-to-day life. I want to play and that’s what I train and prepare for.”

Asked about the possibility of a loan move away, Kepa added:

“Right now I’m a Chelsea player, but what is clear to me is that I want to play more,

because I’ve come from a year or two where, when I’ve played, I’ve had great performances.

“For that reason, for the good performances I’ve had, the feeling is that I want more.

I want to play more. I’m at Chelsea and I want to succeed here.

And if I can’t, we would look at different things, because my clear objective is to play.

I will talk to the coach and we will decide, but with the clear message that I want to play more.”