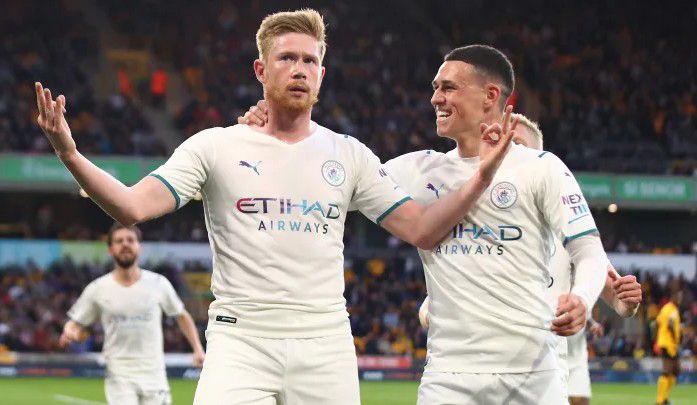 Kevin De Bruyne has confessed he is looking forward to having a reliable striker at the top of Manchester City’s side again as he prepares to link up with Erling Haaland.

Man City won the race for Haaland’s signature before the Premier League season came to a close,

pouncing on his bargain release clause to sign the 21-year-old, who ends his time at Borussia Dortmund with a total of 86 goals in just 89 games.

all over the pitch to make up for the absence of a natural striker, and De Bruyne is looking forward to having such a bona-fide goal threat back in the team.

“Erling Haaland is a top striker,” he told HLN. “His move should help us to grow as a team.

“Everybody expects a lot. They’ve always been looking for a number 9, but I think it’ll be good to have that striker that maybe scores 20-25 goals a season.

“Maybe [his arrival might help me too]. There have been years that I have more assists [than this season].

But my chance creation and other things have remained consistent.

Numbers are a part of football but they never tell you the full story.”

As well as Haaland, City have also added River Plate starlet Julian Alvarez to their ranks,

with the young Argentine expected to be part of Pep Guardiola’s squad for the upcoming season rather than head out on loan.