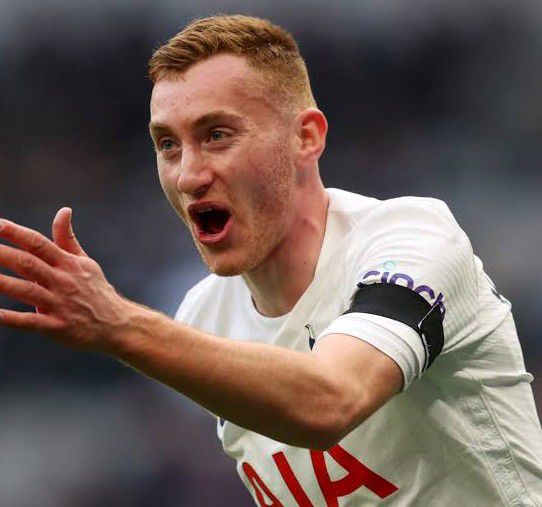 Dejan Kulusevski says leaving Juventus and Italy was ‘the best thing’ he could do adding that he works harder at Tottenham under Antonio Conte.

The Sweden international moved to North London in the January transfer window.

It was a loan deal with an option to buy worth circa €45m.

The 22-year-old was not a regular starter under Max Allegri and left the club after just six months under the Tuscan tactician.

Kulusevski asked What didn’t work for him at Juventus?

“I don’t know, sometimes in football things simply go well. I haven’t changed anything in these months.”

“I always go and always went to the pitch with the full commitment.

However, at Juventus, something didn’t work regardless of how much I worked.

Surely, I wasn’t ok at Juventus for many reasons and when you realise things don’t work, it’s hard to change direction in the same environment.

The decision to leave Italy was the best I could make in that situation.

“Everything is going better in England. On and off the pitch. Now I always want to play football and win for my team.”

How much credit does Conte deserve for his improvements?

“A lot. My body has changed here, especially thanks to working in the gym.”

“We work hard every day, more than I did in Italy.

I love the way we work here in London. Surely it is the coach’s merit. I am so happy to play for him.”

Is there much difference between the two coaches?

“Honestly, yes, I don’t want to say that one is better than the other, I respect Allegri and Conte.

They’ve both won so much in their careers, but their idea of football is different.

“At Tottenham, we work much more in the gym and the results are there.

My world has changed. I have to say that I’ve never met a person who is as motivated as Conte in my life.

When someone like him talks to you, enters your heart.”

Kulusevski has six goals and 11 assists in 29 appearances across all competitions with Tottenham.

He left Italy after scoring 15 goals in 94 appearances in Serie A, playing for Atalanta, Parma and Juventus.

He joined the Bianconeri in the summer of 2020 for circa €44m, remaining in Turin for one and a half years.