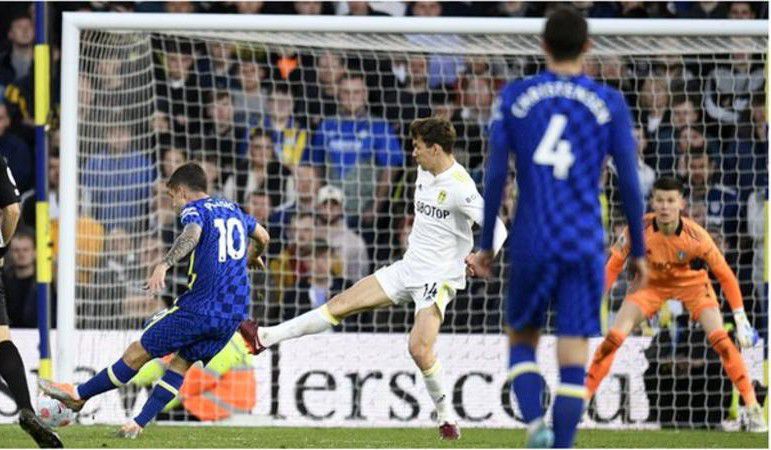 Leeds United remain in the Premier League relegation zone with two games to go after losing to Chelsea, who are closing in on sealing a Champions League spot.

Mason Mount scored the game’s opening goal with a lovely first-time effort from outside the box from Reece James‘ cut-back at the end of a nice passing move.

United had Daniel James sent off for a dangerous high tackle on Mateo Kovacic, who had to be replaced.

They later became the first team to ever receive 100 yellow or red cards in a Premier League season.

Romelu Lukaku – who earlier had a goal disallowed – scored the third goal that the Blues’ dominance deserved as he took his time to hold off three defenders and smash home.

Leeds offered very little and their hopes of staying up are out of their hands.

They are behind 17th-placed Burnley on goal difference but the Clarets have a game in hand.

three remaining games – to clinch a place in next season’s Champions League.

But for now their focus turns to Saturday’s FA Cup final against Liverpool.