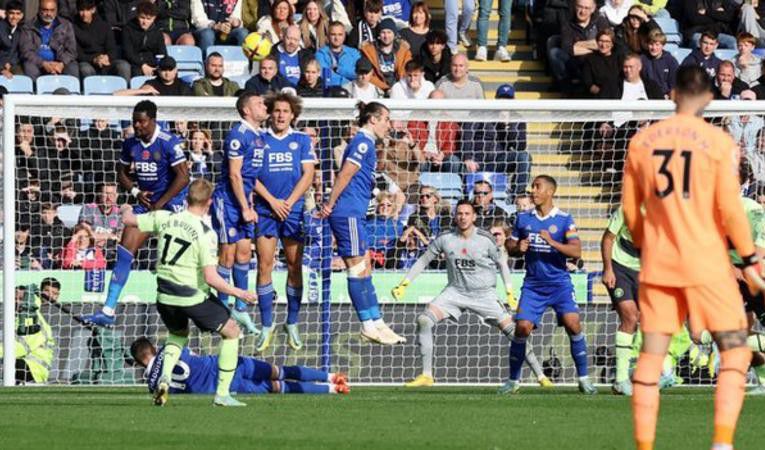 effectively until De Bruyne curled a magnificent strike into the top corner from 25 yards four minutes after half-time.

De Bruyne’s goal was reward for City’s dominance, even though they missed the killer touch of the absent Erling Haaland, who has been suffering from a fever and a foot injury.

Read Also: ‘Everything Was New For Me’_ Ibrahimovic Differentiate Injuries At Ac Milan & Man United

Manchester City keeper Ederson but ultimately they did not have enough attacking intent or quality to test Pep Guardiola’s side.

Stadium on Sunday but for now Manchester City are back in the position that has become such familiar territory in recent years.