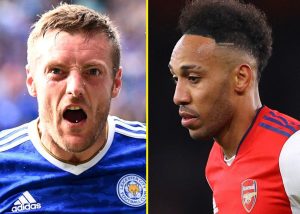 The two sides are only separated by goal difference and have enjoyed impressive upturns in recent weeks.

The Gunners claimed a 3-1 win in his fixture last season after goals from David Luiz, Alexandre Lacazette and Nicolas Pepe.

Both will be eager to keep their good form going on Saturday lunchtime and continue to move up the table.

Wilfred Ndidi remains sidelined with a hamstring issue while Marc Albrighton isn’t ready to return yet.

Patson Daka is pushing for a start following his impressive form recently.

Arsenal have a host of issues to deal with.

Granit Xhaka remains out with his knee problem.

“Both teams are for sure gonna play to win the game. We both know it’s going to be a tough game.

“We have some experiences against them as well and just prepare the game the best possible way.

“We both had to play 90 minutes except for the penalties (in Carabao Cup).

“We had a really tough game against the most intense Premier League team that is Leeds and now we feel recovered and ready for the next one.”