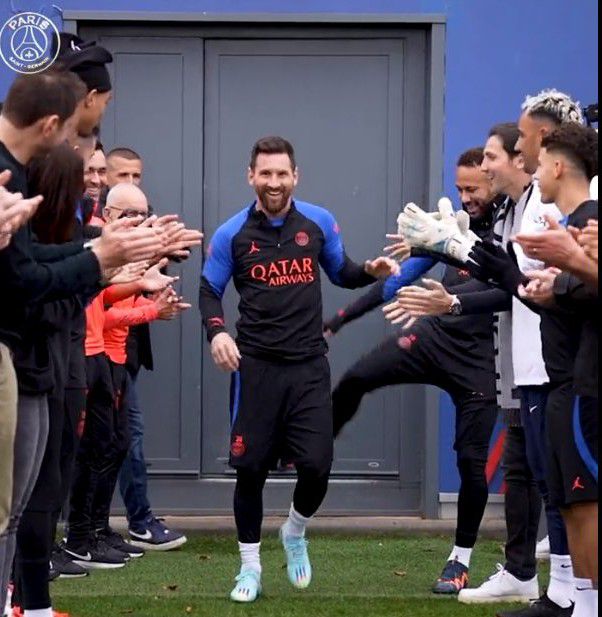 Lionel Messi was given a guard of honour by his teammates at the training ground, before being presented with a small trophy by PSG’s sporting director Luis Campos.

The former Barcelona legend was the star of the show in Qatar, scoring seven goals and winning the coveted Golden Ball award for a record second time.

Since then he has been back in his home country celebrating the success, though the team’s bus parade through the streets of

Buenos Aires had to be abandoned due to chaotic scenes after four million people turned out to greet the players.

Messi is now back in Paris as he looks to help the club finally lift the Champions League for the first time, and he received a warm welcome on his return to the training ground.

“I’m happy to be back,” “I’m grateful for the warm welcome from everyone at the club, my partners and the staff.

I’m happy and I’m going to get ready for what’s coming up.”

Kylian Mbappe, who scored a hat-trick in the final and his penalty in the shootout but still ended up on the losing side, has already played twice PSG since the World Cup.

He started, and scored, against Strasbourg just ten days after the Qatar final, in a match that Neymar was sent off in as he picked up a second yellow card for diving.

Messi is believed to clinch his eighth Balon d’Or award should he take PSG to their first Champions League victory later this year.