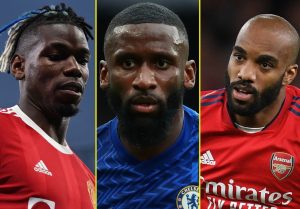 Contracts are winding down and for several high-profile players in the Premier League it means that decisions will need to be made in the coming months.

From January 1, players in England are able to sign a pre-contract agreement with overseas clubs.

With a view to moving next summer, while for English teams January is also the last chance to recoup a transfer fee for those in the final year of their contracts.

That means uncertainty is rife among some pretty major players in the top flight.

As well as clubs around Europe, teams in the Premier League will be monitoring the situation of some of these players, so who is out of contract next summer and what is the situation with their future?

Here are 20 Premier League players who are facing uncertain futures. 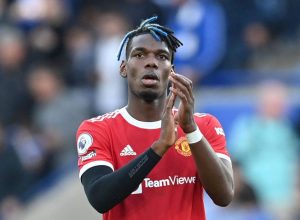 Barely a day goes by when the French midfielder isn’t filling the back pages of the national newspapers.

Mino Raiola has left the door very much open regarding a move away from Old Trafford with the likes of Juventus and Real Madrid keen on Pogba.

Particularly given that he’s recently fallen out of favour at Old Trafford.

However United will be doing all that they can to avoid losing him for nothing for the second time. 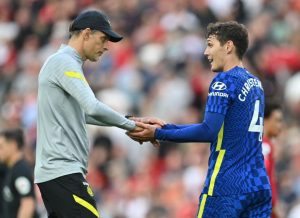 The Danish defender would be a real bargain if available for free next summer.

Christensen has already made 10 appearances for Thomas Tuchel’s side which shows just how trusted he is at Stamford Bridge.

With rumours that a potential new deal could be in the offing, it’ll be interesting to see how this one progresses given that non-English clubs can approach him on a pre-contract deal in January. 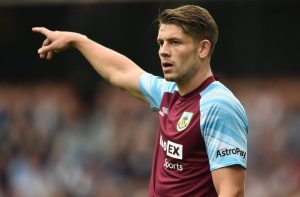 The Burnley man will have no shortage of potential suitors as he moves towards the last six months of his contract.

The 28-year-old has been one of Sean Dyche’s most trusted players in recent years with West Ham previously linked with a move.

Newcastle United have been keen more recently and If he does decide to leave Turf Moor then he’ll certainly have a handful of Premier League clubs interested. 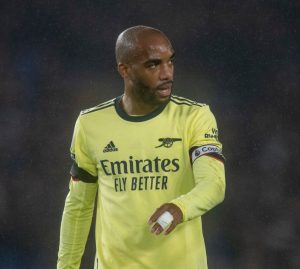 It seems increasingly likely that the Frenchman will be leaving at the end of the season.

Lacazette had fallen out of favour under Mikel Arteta over recent months and with no new contract agreed it seems that the writing is on the wall regarding his future.

That said, the striker has really impressed for Arsenal in recent weeks but it’s likely that this could just be a case of short-term gain for the Gunners before he moves on. 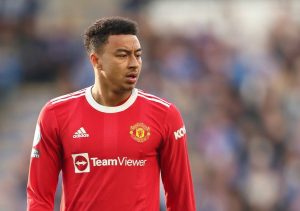 A player who was heavily tipped to move on over the summer.

Lingard shone for West Ham United last term and returned to Manchester United as a player who had refound his spark.

Unfortunately first team opportunities have been hard to come by and so the player may well consider leaving for more regular action elsewhere. 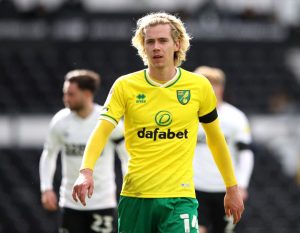 One of the few Norwich City players who are likely to attract top flight interest next summer.

The midfielder has struggled for fitness this term but given past interest from the likes of Leeds United he’s a player who could look to move on if the Canaries go down.

That said, Daniel Farke’s side do have an option to extend his deal so they will most likely look to use that. 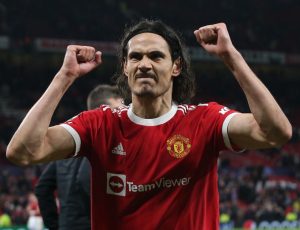 A player who has certainly been a victim of Cristiano Ronaldo’s arrival.

Cavani has been a bit-part player for Manchester United this term and given that he’s very much in the autumn of his career the focus will surely be on regular first team action.

Unless something changes significantly it would be a huge surprise to see him stick around. 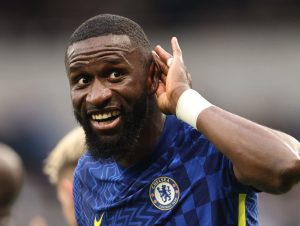 It’s been a heck of a 12 months for the German defender.

Last year Rudiger appeared to be surplus to requirements and was being linked with a move to West Ham as Chelsea looked to trim their squad.

Now he’s arguably Chelsea’s top centre-back and they’ll be doing everything that they can to keep him at Stamford Bridge beyond the end of the season. 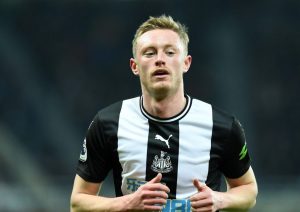 The midfielder is certainly highly-regarded by supporters as a boyhood Newcastle fan who certainly plays for the badge.

However with new ownership on board it means that big decision may need to be made. 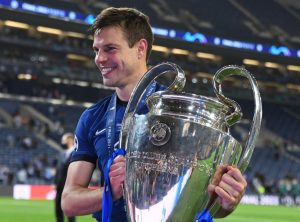 The experienced defender is a part of the furniture at Stamford Bridge.

Azpilicueta is a valuable first team player for Thomas Tuchel and while that continues it seems hugely unlikely that the Blues will allow him to leave.

There’s been talk of a new contract for the Spaniard and so it’d be a big surprise to see him move on next summer. 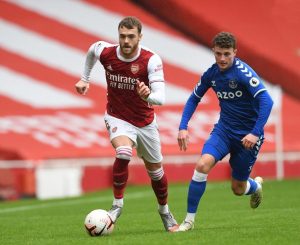 A player who may well benefit from a fresh challenge.

Mikel Arteta is overseeing a huge transformation at the Emirates Stadium that has seen the central defender fall down the pecking order.

With no talk of a new contract it suggests that the player could be a contender to move on next summer. 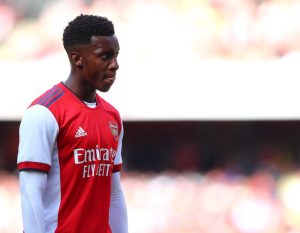 The young striker could have some big decisions over the coming months.

It appeared that Nketiah’s Arsenal career was over after dropping down the pecking order in recent months.

He did make a goalscoring comeback in the Carabao Cup against Leeds United and with Mikel Arteta praising his ability, there’s every chance that he could stick around in North London. 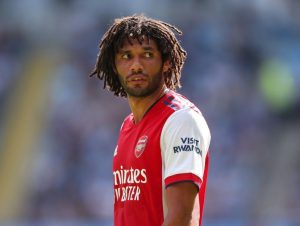 A player who may well be moving on at the end of the season.

The Egyptian international is a fringe player under Mikel Arteta and with the Gunners looking to bring through the next generation of players he might be someone who is deemed surplus to requirements.

At 29 years of age first team football will be a priority for Elneny and that means that a big decision will need to be made. 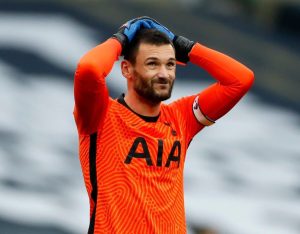 The experienced goalkeeper is one of the more high-profile players coming to the end of his contract.

Lloris is Tottenham’s captain but with the team in need of a new lease of life it remains to be seen what the future holds.

It’ll be 10 years at the club for Lloris next summer and perhaps the decision will be made that he needs a fresh challenge. 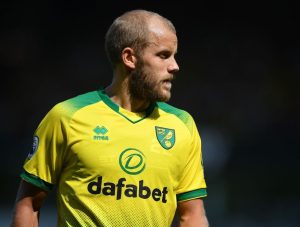 The 31-year-old will have some big decisions to make over the coming months.

Pukki has been Norwich City’s main man since arriving in 2018 but should the club suffer relegation it will mean another step back into the Championship.

The Finland international is capable of player in one of Europe’s elite leagues and so this season could be pivotal. 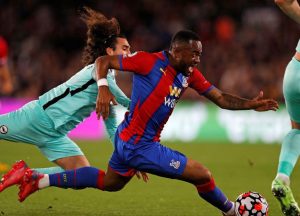 The 30-year-old has certainly impressed for Patrick Vieira’s side this term.

Palace are looking like one of the most exciting teams in the Premier League as they focus on young, high-potential talent and that could mean that a decision is made regarding Ayew.

There’s bound to be interest in Ayew and that means that a decision may not be made until late in the campaign. 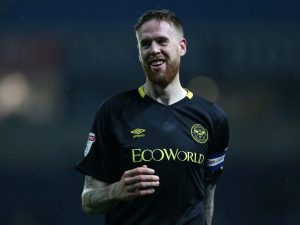 The 30-year-old has been a colossal performer for Thomas Frank’s side this term.

Jansson is Brentford’s skipper and had truly led by example with the team making a strong start to life in the Premier League.

It would be a big surprise to see the player move on this term, unless he receives big interest from elsewhere. 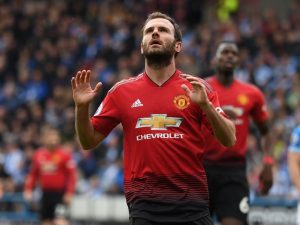 A player who has been a great performer in the Premier League for both Chelsea and United.

Unfortunately it seems that the Spaniard’s days at Old Trafford could be numbered.

Mata has fallen down the pecking order and so it’d be a big surprise if the player was offered fresh terms with Solskjaer’s side. 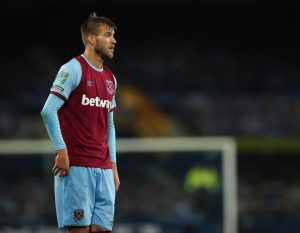 The Ukraine international has certainly been a victim of the fine form in West Ham’s attacking line.

With a contract that expires next summer the 31-year-old is someone who seems unlikely to pen a new deal at the London Stadium.

West Ham need a new striker and perhaps offloading the forward will make room for a new addition. 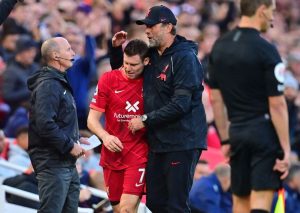 The experienced player is still a core member of Jurgen Klopp’s squad.

While he might not play in every single match that Liverpool play, Milner is still regarded as a central figure who is often trusted in the club’s most pivotal matches.

The 35-year-old is still very much in top condition and so it wouldn’t be a surprise to see the Reds offer him a new deal.