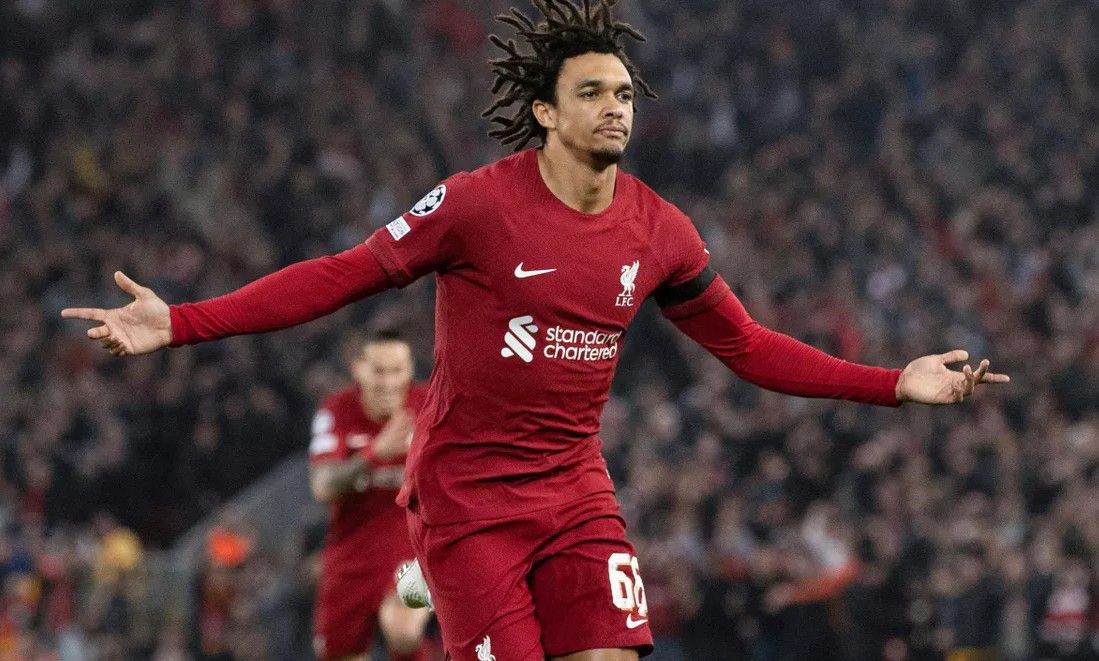 Trent Alexander Arnold open the goal scoring with sensational free-kick as Liverpool defeated Rangers 2-0 in a one-sided ‘Battle of Britain’ at Anfield.

The Reds full back, who has come in for criticism for his performances so far this season,

gave a timely reminder of his qualities with a sublime 25-yard set piece to open the scoring on seven minutes.

The hosts could and perhaps should have been out of sight by the interval but Gers keeper Allan McGregor produced a series of top-drawer saves to deny Mo Salah and Darwin Nunez on multiple occasions.

The pattern continued in the second half and it was no surprise when the Merseysiders finally doubled their advantage when Salah coolly converted a spot kick on 53 minutes.

Ajax are third on three points while Rangers are pointless from three games played.