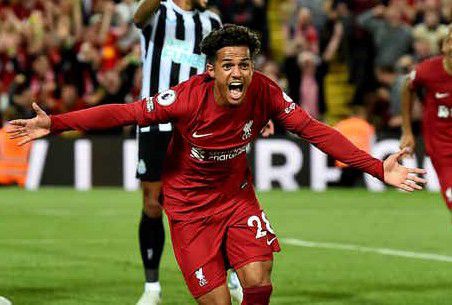 The signing from Real Sociedad, who only received visa clearance to play hours before

kick-off, had a second ruled out for offside before Liverpool mounted the comeback that ended with a familiar Anfield finale.

And with only seconds left, substitute Carvalho pounced at the far post after Newcastle failed to clear a corner to give Jurgen Klopp’s side victory.