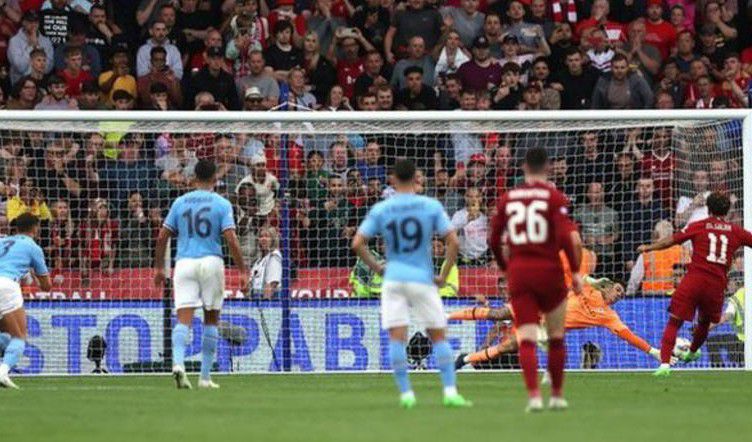 The FA Cup winners were pipped to the Premier League title by a single point last term after a season-long fight with City, but came out on top in a tremendous game in Leicester.

Playing at the King Power Stadium rather than Wembley – which will host Sunday’s Women’s Euros final – the two sides did not hold back in a match that tends to be badged as a ‘glorified friendly’.

Reds full-back Trent Alexander-Arnold scored the opening goal with a curling effort from the edge of the box which took a slight deflection off Nathan Ake and nestled in the far corner.

He celebrated by raising his finger to his lips in front of the City supporters, who had helped generate a thunderous atmosphere by trading jibes with their Liverpool counterparts.

City’s star summer signing Erling Haaland showed glimpses of what he will bring by drawing a good save from Adrian,

while Nunez had a one-on-one effort kept out by Ederson.

And it was another new signing – Julian Alvarez – who netted the equaliser, staying alert after Phil Foden’s shot was saved to poke home from close range, with the goal awarded after a lengthy VAR check.

adjudged – from looking at the pitchside monitor – that Ruben Dias had handled inside the area.

And Nunez had the final say, stooping to head in from close range before wheeling off to celebrate in front of his new supporters.