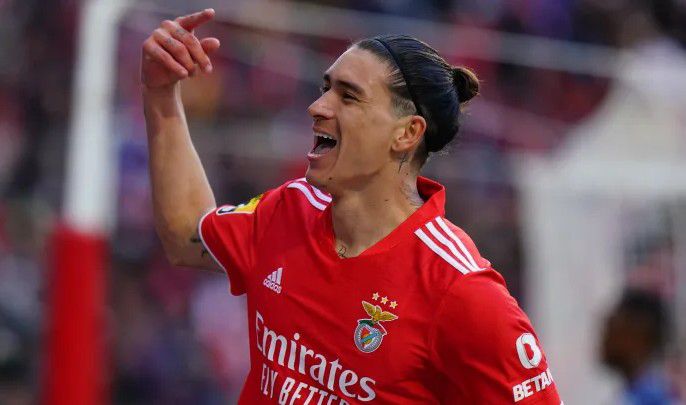 Liverpool have agreed a fee with Benfica for Darwin Nunez, who will now undergo a medical before completing a move that could be worth €100m.

The 22-year-old was prolific in front of goal last season, netting 26 times in 28 Primeira Liga games and 34 in all competitions,

and has been one of the hottest properties of the summer transfer market.

moved quickly for the Uruguayan after it emerged that Sadio Mane wanted to leave Anfield, and the Reds have now agreed a fee with Benfica after lengthy talks.

and he will now undergo a medical, which could take place as early as Monday, before signing a six-year contract.

The deal for Nunez could end up being the most expensive in Liverpool’s history, eclipsing the £75m transfer of Virgil van Dijk at the back end of 2017.

Nunez’s imminent arrival could now pave the way for Mane to join Bayern Munich despite two opening bids being turned down.

The Senegalese forward does not wish to extend his contract, which has just one year left to run, and has informed the club of his desire to take on a fresh challenge.

Bayern are expected to return with an improved offer, with Mane potentially stepping into the shoes of Robert Lewandowski

– who has also expressed a desire to move on to a new challenge.

He is Barcelona’s primary transfer target, but a move for the 33-year-old has been complicated by the Catalan giants’ precarious financial situation.