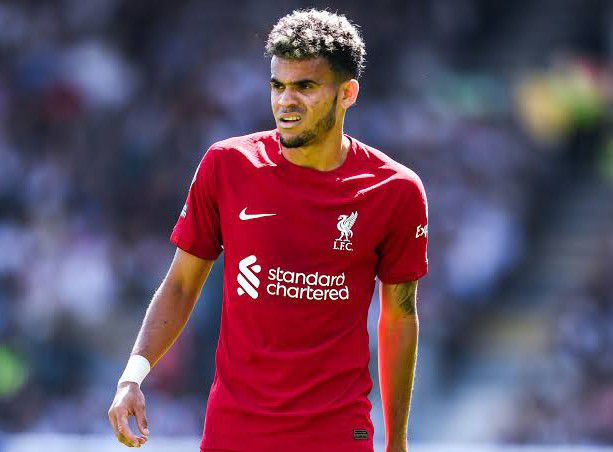 Luis Diaz has admitted that Liverpool need to better because they still haven’t had a ‘proper’ start to the 2022/23 season.

The Reds were held by Fulham and Crystal Palace in the first two games of their Premier League campaign,

before suffering a surprise defeat on Monday night to a Manchester United side that had been in disarray ahead of the game.

Darwin Nunez because of a three-match suspension for violent conduct, while the German is also contending with an injury crisis in midfield.

“It’s been a bit of a difficult start.”

“It’s not quite the outset we wanted for the season.

We’re a club that goes out to win three points from every game we play.

I wouldn’t say it’s problematic for the players or for the manager but certainly we all know we need to do better.

“We know now we have to just do our job and train hard, rest hard and look forward to the next game, when we can hopefully accumulate some points and get a proper start to the season.”

Diaz, in the eyes of many, has been tasked with replacing the vast number of goals scored by

Sadio Mane, who departed for Bayern Munich in June, and he is underway for the season after notching a brilliant goal against Palace.

But the Colombian, who was among the 30 players shortlisted for the 2022 Ballon d’Or,

is yet to hit the heights of his goalscoring antics at Porto – he notched 14 goals in 18 Primeira Liga games last season before joining Liverpool in January, but has just five league goals to his name since.

Diaz and Liverpool return to Anfield on Saturday when they host Bournemouth, looking for a first win since beating Manchester City in the Community Shield last month.