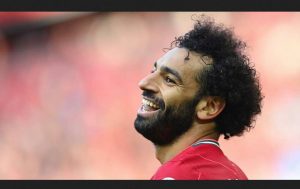 The Liverpool Star becomes the 30th player to reach the milestone after his strike at Elland Road on Sunday.

Mohamed Salah has become the latest player to enter the Premier League’s,

illustrious 100-goal club after he netted a first-half finish against Leeds at Elland Road.

The Egypt international, a continued history-maker during his time with the Reds,

has brought up another landmark achievement after striking early for Jurgen Klopp’s visitors on Sunday.

It is the latest milestone smashed by the 29-year-old, who joins the rarefied company of further Premier League legends in notching up triple figures in the English top flight.

Salah becomes the 30th player to hit the magic number.

Though, he still has to double his haul to get near Wayne Rooney.

While others to hit the mark include Chelsea’s Romelu Lukaku and Leicester’s Jamie Vardy.