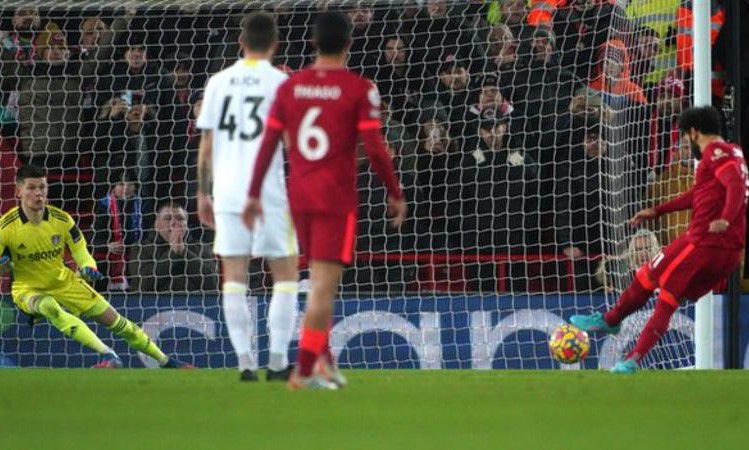 Liverpool closed the gap on leaders Manchester City to three points after cruising to a sixth Premier League win in a row at Leeds United’s expense at a raucous Anfield.

Jurgen Klopp’s side warmed up for Sunday’s Carabao Cup final with an utterly dominant display that included three goals in 20 first-half minutes.

Two of those came from penalties by Mohamed Salah, who also set up defender Joel Matip for his first goal since December 2020.

The margin of Liverpool’s win means they have a superior goal difference to title rivals City, who they are due to meet on 9 April at Etihad Stadium.

Liverpool now have a difference of +50 compared to Pep Guardiola’s side’s +46, with both teams having played 26 games.