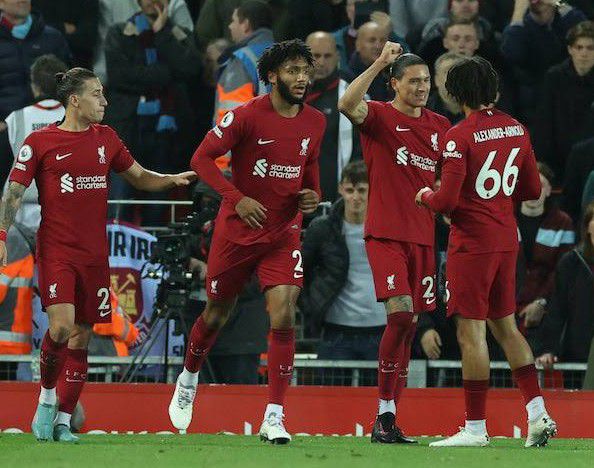 Jurgen Klopp side came through Wednesday’s narrow win over West Ham thanks to penalty saver Alison.

In attack, Luis Diaz (knee) and Diogo Jota (calf) will not return until after the World Cup,

meaning Klopp may stick with the 4-2-2-2 system he has deployed in recent weeks.

Nunez left the midweek win at Anfield early with a hamstring issue and Klopp did not have a definitive answer on his availability.

“We have to check. He had treatment yesterday, we’ll have to see.”

Naby Keita and Ibrahima Kontate will miss this weekend’s match but will return to full training at the start of next week,

while Klopp confirmed that Alex Oxlade-Chamberlain is not ready to start against Forest but is “one or two weeks ahead” of Keita in terms of his recovery.

The absence of Konate and Joel Matip means Joe Gomez should continue in the starting line-up as he looks to make a late bid for a place in England’s World Cup squad.